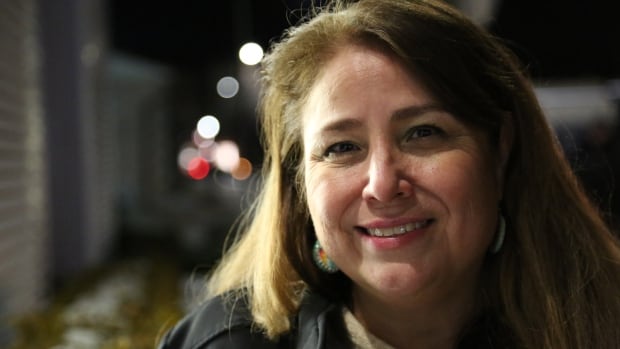 A confidential memo sent to the Caldwell First Nation membership and obtained by CBC News outlines the “highly improper” conduct it says led to the removal of Mary Duckworth as chief.

The memo, sent by Caldwell First Nation Council, is accusing Duckworth of breaching many policies, as well as demanding nearly half-a-million-dollars in exchange for her resignation, and a promise to not run in the next election, or she would pursue legal action.

It is unfair and unjust, particularly given that council has unilaterally decided to appoint a councillor to the position of chief.– Mary Duckworth

Duckworth is denying the allegations.

In a statement sent to CBC News, she said she’s looking to clear her name.

“Council has made serious allegations that I flatly deny and the recent release of a memo to the membership, which was also leaked to the media, is not only defamatory, it has taken a very big emotional toll,” said Duckworth in the emailed statement.

Duckworth and her lawyer declined a request for an interview, adding that she’s weighing her legal options.

“Mary was given no notice of council’s action, and was not afforded with an opportunity to respond to the memo or defend herself against the allegations, which she plans on doing,” said Kathryn Marshall, Duckworth’s lawyer.

Duckworth first became Chief of Caldwell First Nation back January, 2018 with 77 per cent of the vote.

Prior to that, former chief Louise Hillier was removed following the release of a forensic audit into a 2016 powwow. The audit found $247,790 in “unsupported” prize payouts for powwow drummers, dancers, and a $190,000 contract for video services given to a company owned by Hillier’s son, done without seeking other bids.

With that cloud hanging over Caldwell First Nation, Duckworth said at the time she was committed to ushering in accountability and transparency.

Five months after she became chief, council removed her from the position. Duckworth claimed she questioned various policies, hiring practices and spending.

A byelection in 2019 saw Duckworth voted back in as Chief of Caldwell First Nation. But the tension between her and some members of council, as well as senior administration, didn’t change, she said in her statement.

It eventually led to a Duckworth taking a medical leave of absence the rest of council said she never fully explained. When indicating she’d be returning to work in September, her lawyer said Duckworth was blindsided when she was removed as chief.

In the memo to its membership, Caldwell First Nation Council said Duckworth was lodging complaints against them. It “continued to dominate council agendas and time” and some, they allege, had no supporting facts or evidence. Council is also accusing Duckworth of harassing council members during her leave and demanding to be paid for her time off or threatening to sue if the money didn’t come.

Since the 2021 elections are just four months away, council decided there will not be a byelection, the memo read.

“I’m very disappointed by this latest turn of events. It is unfair and unjust, particularly given that council has unilaterally decided to appoint a councillor to the position of chief,” said Duckworth in her statement. “It’s not democratic and it’s not right. It should be up to the people to decide, always. We owe at least that to them.”