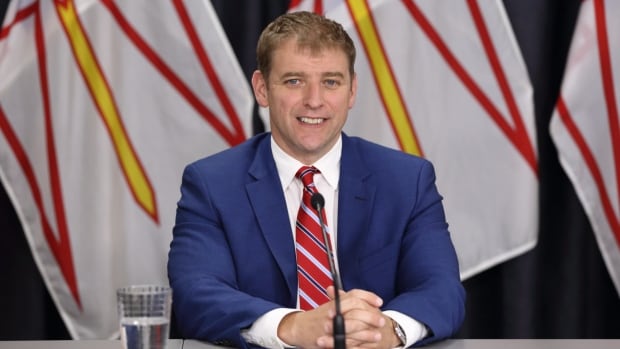 After Premier Andrew Furey announced a new “economic recovery team,” opposition parties grilled him about how it will work.

Tory Leader Ches Crosbie was the first to take a crack at Furey during question period Thursday, on Furey’s first day as an MHA and his first sitting in the House of Assembly as premier.

Noting people of the province are struggling, Crosbie asked, “Does the premier have a plan for jobs and prosperity, or does he just plan to have a plan?”

Furey fired back, saying Crosbie might be interested in a “quick slogan” but the Liberal Party is interested in “strategies toward a sustainable future for the province.”

The economic team is made up of 12 people from outside politics, headed by Moya Greene, who held management positions at the top of both Canada Post and the Royal Mail, the United Kingdom’s postal service.

Its job is to review government expenditures, the province’s fiscal capacity, how services are delivered and explore growth sectors such as clean energy and investments in technology. The team will submit an interim report to the provincial government by Feb. 28, with a final report due by April 30.

During question period, NDP Leader Alison Coffin asked Furey what would happen to the new economic recovery team if an election is called before the team completes its mandate.

PC MHA Tony Wakeham asked if layoffs in the public service will be part of the economic team’s plan to help balance the books.

“We are looking at how we structurally improve this province. I ask the member opposite to join us, to join Newfoundlanders and Labradorians in addressing the long-standing fiscal and financial challenges this province has had,” said Coady, also the deputy premier.

“I think that there’s a rallying cry in this province to do things better, and that is what we are working on, especially since we are in the middle of a global pandemic that is addressing, that is challenging some of the fiscal and economic realities in this province.”

‘They have to be good ideas’

Chief Mi’sel Joe of the Miawpukek First Nation, who’s on the committee, told CBC News Thursday he’s unsure how it will work yet. But he said he’s ready to offer what he can.

“Right now I’ve got a mishmash of ideas,” he said. “Ever since I got the call from the premier’s office I’ve been pondering the idea of what are good ideas and what’s not. I wake up in the morning with my pen in my hand ready to write down what I thought about during the night, what I’ve been dreaming about.”

Joe said he has spent his life helping build Conne River, home to about 1,000 people, from nothing, and it’s a big jump to proposing ideas that will help half a million.

Joe said he’s not sure when the group will get to work, but given the first deadline for the team is in February, he expects the first meeting will be soon.

“That’s not a lot of time to put things together, but it’s a start,” he said. “They have to be good ideas. [There is] no sense in doing it if they’re not going to be good ideas and they got to be ideas that are sensible.”

Greene has said she doesn’t plan to move back to Newfoundland and Labrador, despite heading up the new task force, but she is currently in the province and said she will make trips for several weeks at a time.

A communications person from the Officer of the Premier said Greene will attend some meetings virtually and others in person. Greene will not be granted an exemption to the 14-day self-isolation period upon entering the province.