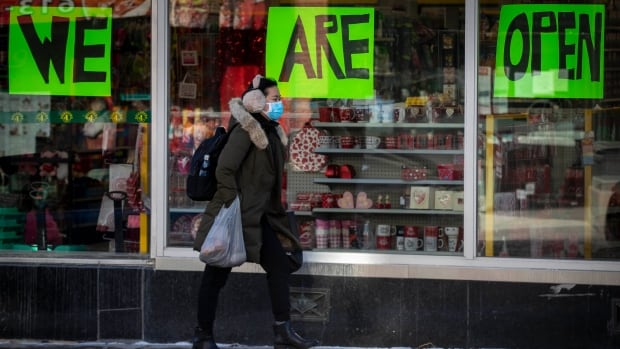 Ontario reported another 1,058 cases of COVID-19 on Monday, as one long-standing hot spot for the illness moves back into the province’s colour-coded system of restrictions.

The new cases in today’s update include 325 in Toronto, 215 in Peel Regions and 87 in York Region, where businesses are allowed to reopen and non-essential retailers and restaurants can welcome customers back with capacity limits.

York formally moved into the red “control” level of Ontario’s reopening framework this morning, meaning its stay-at-home order has been lifted.

The region has consistently logged some of Ontario’s highest COVID-19 case counts, but the local medical officer of health requested that the province move it back to the tiered framework to bring it in line with most of Ontario’s other public health units.

A stay-at-home order remains in effect only for Toronto, Peel and North Bay-Parry Sound until at least March 8.

Other public health units that saw double-digit increases in confirmed cases were:

The cases logged today come as Ontario’s lab network completed just 31,163 tests for SARS-CoV-2, the virus that causes COVID-19, and reported a test positivity rate of 3.3 per cent.

There are now about 10,335 confirmed, active infections provincewide.

According to the Ministry of Health, there were 646 people with COVID-19 in hospitals. Of those, 280 were being treated in intensive care and 189 needed a ventilator.

The ministry also released early results from its asymptomatic testing program, which was recently introduced as part of the government’s plan to reopen all publicly funded schools.

A total of 3,706 students were tested at 416 schools, broken down by public health unit as:

The testing confirmed COVID-19 cases in 32 students, or .86 per cent of all those tested. Two additional tests are pending in Peel Region.

The ministry said it plans to offer weekly updates on the results of the program.

Moreover, the province administered 12,922 doses of COVID-19 vaccines yesterday, the Ministry of Health said. A total of 240,669 people have now received both shots of a vaccine and are fully immunized.

Later today, the province’s chief public health officer is due to testify before a commission investigating how Ontario’s response to COVID-19 affected long-term care homes.

Dr. David Williams’ comments will not be live-streamed, but the Long-Term Care COVID-19 Commission is expected to post a transcript at a later date.