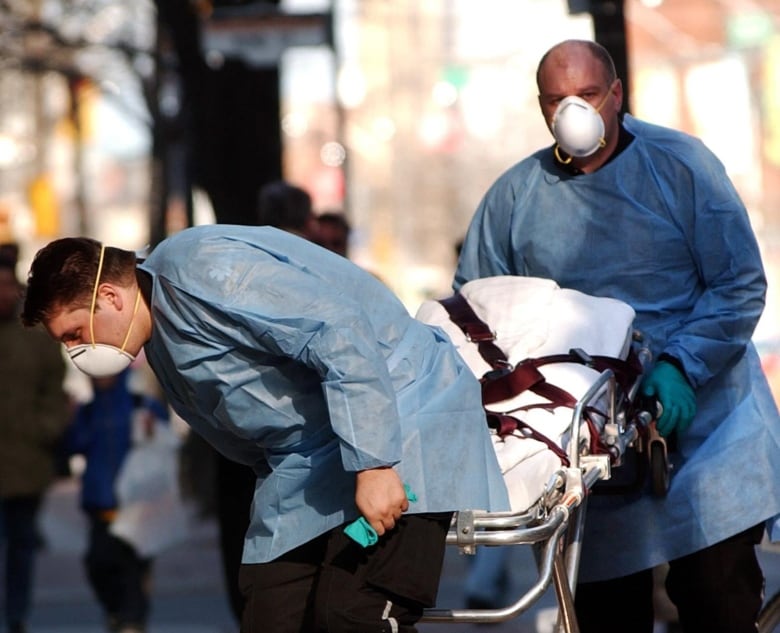 Ontario Education Minister Stephen Lecce announced that all publicly-funded schools will remain closed until at least May 29.

In a statement issued on Sunday, Lecce said the decision was based on the advice of the province’s chief medical officer of health and other health officials.

“We will do whatever it takes to keep our students safe,” Lecce said in the statement.

“The government is taking a careful approach which provides our medical experts the time to review the modelling and make the best decision for the safety of our students and the future of learning.”

The ministry says it is continuing to monitor the evolving situation and if necessary, the closure “may be extended further to protect the health and safety of Ontario’s school communities,” according to the release.

Lecce is set to speak at a news conference at 12:30 p.m. CBC Toronto will carry that live in the player above.

Unions representing hundreds of Ontario paramedics and respiratory therapists say they’re frustrated after being left out a $4 per hour “pandemic pay premium” dedicated to workers on the front lines of the COVID-19 pandemic.

Premier Doug Ford announced the raise on Saturday, attributing the pay bump to the “incredible effort” and “sacrifice” of front-line workers.

While that was good news for many, it left some Ontario unions scrambling to get the workers they represent included in the salary increase.

“I am super happy that the government stepped up to give front-line workers a bit of extra money for COVID-19, but I am a little bit flabbergasted that he omitted some really important players in the health care system.”

Wakely said paramedics are working in homeless shelters and long-term care homes, both of which have seen surges in COVID-19 outbreaks.

“It could be an oversight, but throughout this disaster the premier has forgotten paramedics,” Wakely told CBC Toronto. “We’re just kind of puzzled about what the government’s intention is.”

The Respiratory Therapy Society of Ontario (RTSO) is set to hold an emergency board meeting Sunday after members found out they were left out of pay increase, RTSO president Sue Jones told CBC Toronto.

Jones said they will also discuss communication pathways for RTSO members, as they have had many inquiries since the announcement of the pandemic pay.

.<a href=”https://twitter.com/fordnation?ref_src=twsrc%5Etfw”>@fordnation</a> it isn’t the 4 bucks. We are glad you are doing that for the people we are working shoulder to shoulder with through <a href=”https://twitter.com/hashtag/covid19?src=hash&amp;ref_src=twsrc%5Etfw”>#covid19</a>. We would appreciate if you occasionally remembered paramedics who spend their days in LTC homes, hospitals and shelters helping patients.

Those set to receive the raise, which will last four months, include staff working in various environments, including hospitals, correctional facilities and long-term care homes.

“It’s our way of saying thank you,” Ford said Saturday, adding it will also serve to attract more people to these vital fields.

Those working 100 hours or more per month will also receive lump sum payments of $250 each month.

The provincial government said 350,000 workers across the province will qualify, including nurses, personal support workers, correctional workers and support staff.

The raises apply to those who work in emergency shelters, supportive housing, youth justice facilities, home and community care providers and some staff in hospitals.

The total number of cases now stands at 14,432, which is 3.1 per cent more than the total reported on Saturday, according to the provincial health ministry. That’s the lowest growth rate the province has seen in weeks.

The official death toll now sits at 835. However, CBC News has collected data from regional public health units and counted at least 911 deaths.

Some 8,000 cases are now considered resolved.

The province said it processed 12,020 COVID-19 samples since its last update, while 7,417 samples are currently waiting to be assessed.

Hospitalizations rose to 938 from 925 on Saturday.

As of Sunday, 147 homes continue to grapple with outbreaks of COVID-19.

Overall, a total of 654 people in long-term care homes have died of COVID-19 in Ontario, according to data provided by the provincial health ministry on Sunday. Some 2,520 residents and 1,161 staff members have tested positive.

Four long-term care homes in Ontario have reported more than 20 deaths each:

At the province’s daily COVID-19 briefing on Saturday, Ford said much needs to be done to improve the cracks in Ontario’s long-term care system, which have been amplified as a result of the pandemic.

“This crisis has clearly shown the deeply-rooted longstanding cracks in our long-term care system. We need to do better. And we will do better,” Ford said.