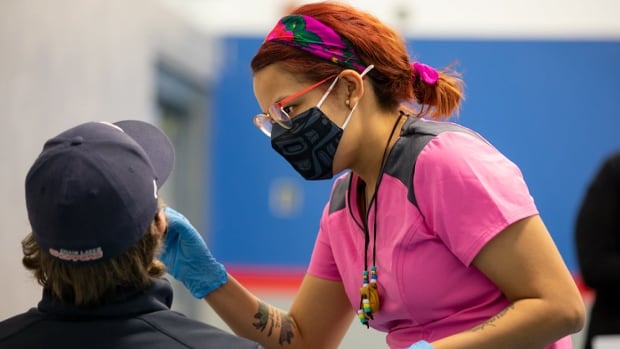 With no new cases announced on Monday, Nova Scotia has reported only one positive result for COVID-19 over the past three days.

The number of active cases in the province is down to 15, the lowest number since early November. No one is in hospital because of the virus.

In a news release, Dr. Robert Strang, Nova Scotia’s chief medical officer of health, cautioned Nova Scotians not to become complacent because of the low figures.

“I worry that people will see no new cases and think they no longer need to follow the public health measures,” he said in the release. “Let’s work to keep our numbers low by remaining vigilant …”

As of Monday, 11,083 doses of COVID-19 vaccine had been administered by the province, and 2,708 Nova Scotians have already received their second dose of the vaccine.

Last week, the province announced that there would be no new shipments of the Pfizer-BioNTech vaccine this week. Officials said the province is expected to get “limited amounts” of the Pfizer vaccine, as well as its usual allotment of Moderna vaccine, in the first week of February.

In the release, Premier Stephen McNeil said Nova Scotians should be proud of their success in coming out of the weekend with just one case.

“I thank everyone for their work in keeping our case numbers low. We can keep them low if we continue following all the public health protocols,” he said.

Some restrictions on sports, arts and culture were to be eased on Monday.

Sports teams will be able to play games, but with restricted travel and no spectators, and there can be no games or tournaments involving teams that would not regularly play against each other. Art and theatre performances can take place without an audience.

The province will also allow residents of adult service centres and regional rehabilitation centres to start volunteering and working in the community again.

Returning students urged to get tested

Post-secondary students returning to Nova Scotia from anywhere except Prince Edward Island or Newfoundland and Labrador are being encouraged to book a COVID-19 test appointment.

The test should be booked for the sixth, seventh or eighth day of their 14-day self-isolation period. Testing appointments can be booked up to three days in advance.