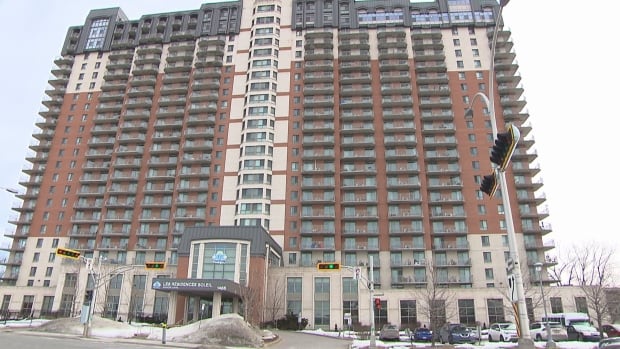 Laval’s health agency is defending the decision to delay vaccinations at a large independent living facility for seniors that is now in the midst of a COVID-19 outbreak, which has infected 63 residents, killing three.

“It is not a weapon we can use during an outbreak like this one,” said Dr. Olivier Haeck.

“We need to control the outbreak and then do the vaccinations.”

He spoke during an impromptu, online news conference that was hastily organized to counter Résidences Soleil’s public criticism of the health agency’s response to the outbreak at Manoir Laval.

“As you probably know, the CISSS has decided to postpone our mass vaccination scheduled for March 4 and 5 until we get all the results and control of the outbreak,” says a public post by Résidences Soleil, which owns more than a dozen retirement homes in Quebec.

“In the eyes of public health authorities, an outbreak is controlled when the source is identified and the number of positive cases is not increasing.”

Résidences Soleil says the company is disappointed and upset with how the vaccination campaign is going. It says the vaccinations should have started earlier to prevent the outbreak.

Four staff members have also contracted COVID-19. Haeck said it’s not clear where the outbreak originated, as there were measures in place to prevent transmission, but the building is home to about 800 seniors who are independent and out and about during the day.

Now with the outbreak underway, extra security has been brought in to ensure residents are respecting public health measures, which includes staying confined to their rooms.

“Among all of our Résidences Soleil across Quebec, Laval is the only region that has not yet been fully vaccinated,” the company says. “On our side, as you know, all efforts were made proactively.”

3 weeks for vaccines to take effect

The rate at which vaccines are administered was slowed when supplies were thin and then the health agency was required to follow provincial protocols, said Dr. Jean-Pierre Trépanier, director of Laval’s CISSS.

As it stands, he said, residents would have had to be vaccinated many weeks before the first cases began to appear in the home to prevent the outbreak, and that wasn’t in the cards given the circumstances that were beyond the agency’s control.

Officials with the Laval health agency say, while the vaccine is considered effective after two weeks for most, it takes up to three weeks to work for older patients.

Haeck says they  hope to vaccinate residents as soon as possible. Another COVID-19 screening is scheduled at the facility next week.

But even then, Trépanier stressed, it is crucial that people follow public health regulations even after they get a shot.

“It is not because you get your shot that you can forget these measures,” he said, encouraging residents to wash their hands, wear a mask and follow the rules so as to prevent catching and transmitting the disease.