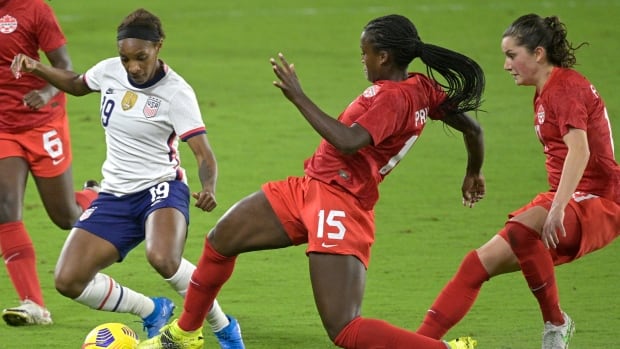 In the wake of Canada’s 1-0 loss to the U.S. in the SheBelieves Cup on Thursday night, an American commentator suggested the Canadian post-game locker-room would be all smiles. Canada, the commentator thought, would be pleased with the moral victory of a one-goal loss to the world’s No. 1-ranked team.

Defender Shelina Zadorsky scoffed at the notion Canada was just happy to be there.

“It’s funny, because when we came into camp, we had a meeting about our mindset and our goals and vision as a team. We obviously come with humility, that’s kind of in our Canadian DNA, but at the same time, it’s being a consistently winning team, and a consistently excellent team,” Zadorsky said.

“I think that’s where we can grow in the sense of letting the world know that we are a top nation, and that we are good enough to beat Tier 1 teams. So for us, we’re disappointed, because no matter how well we played, we lost the game.”

‘The winning mentality was there’

Despite missing several key players including star striker Christine Sinclair, the Canadians kept the U.S. off the scoresheet until the 79th minute. Canada’s first match in nearly a year, thanks to COVID-19, held plenty of promise just five months out from the Tokyo Olympics. The Canadians are two-time defending Olympic bronze medallists.

“We know that’s how fine the margins are against Tier 1 opposition,” said Zadorsky. “It’s obviously positive, we created those goal-scoring chances, but at the same time, we lost the game. And so, it’s looking at it realistically that, yes, the winning mentality was there. But we still have a little ways to go to be able to get it across the line against the best nations.”

Canada faces Argentina in the four-country tournament on Sunday at Exploria Stadium. The team reviewed the U.S. game on Friday then planned to begin previewing Argentina on Friday night.

The game also marked the debut of head coach Bev Priestman. The 34-year-old, who worked for Canada Soccer from 2013 to 2018, took over last November after Kenneth Heiner-Moller accepted a coaching job in his native Denmark.

WATCH | What to expect from Team Canada at SheBelieves Cup: 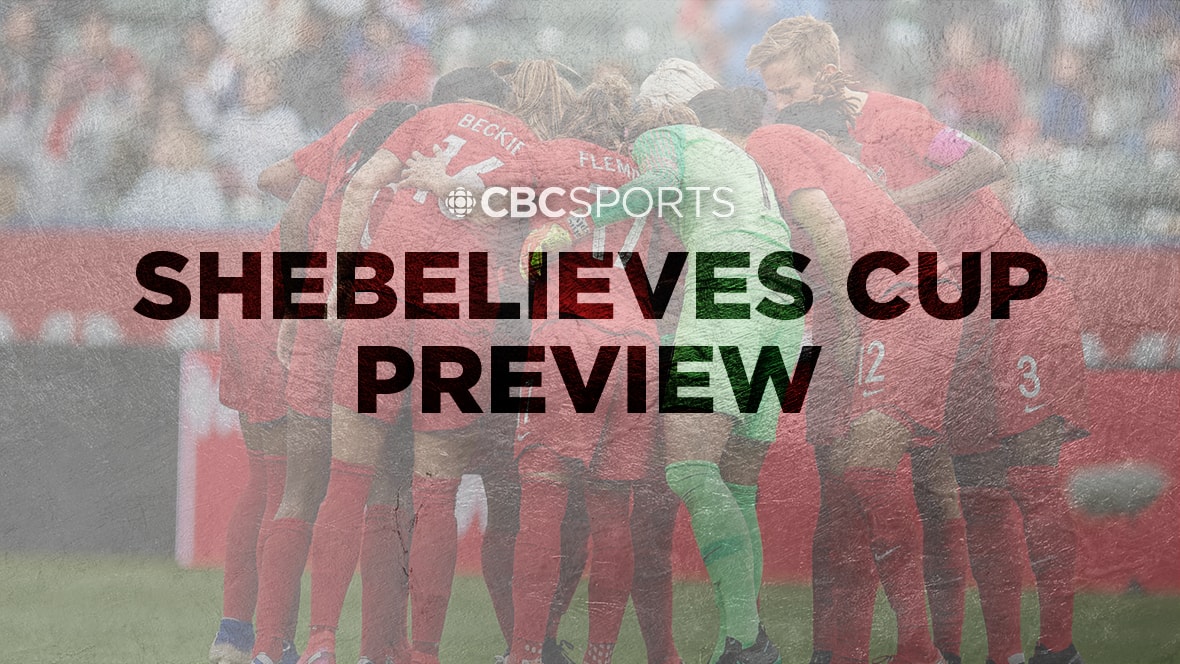 Signa Butler is joined by John Molinaro and Harjeet Johal, to discuss the notable omissions from Canada’s roster and their expectations for the team against top tier competition in the 2021 SheBelieves Cup 6:59

“I’m really enjoying working with Bev, she’s sophisticated, she’s easy to speak to, she’s a great communicator. And I think her focus has been really to shift our mindset . . . getting the mindset back to believing we’re going to beat the best in the world,” Zadorsky said.

Zadorsky arrived in Orlando from her Tottenham Hotspur team, and said the biggest adjustment was playing in the Florida heat.

The 28-year-old was impressed with Vanessa Gilles, who earned her third cap filling in on the back line for the absent Kadeisha Buchanan.

Zadorsky said the team calls Gilles “the magnet” because of the way she uses her strength and power to get to the ball and clear it.

“In a game against the U.S. you really need to take care of your individual defending and she did that absolutely brilliantly,” Zadorsky said. “In my mind, she was Man of the Match. It was awesome playing beside her, and I think it’s exciting knowing we have this calibre of centre backs for Canada.”