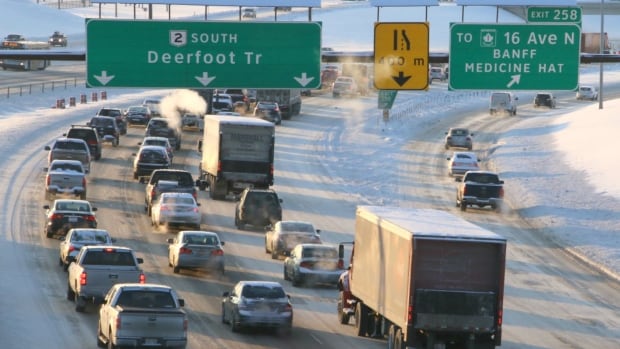 Lawyers and other stakeholder groups are telling the Alberta government not to act on a report’s key recommendation for the province to switch to private no-fault automobile insurance.

“Do we need to bring down insurance costs? Yes, but there’s many other ways to do so,” said Jackie Halpern, president of the Alberta Civil Trial Lawyers Association, and partner at McLeod Law in Calgary.

“I just urge the government — don’t do it on the backs of of Albertans.”

Alberta currently has a tort-based system where people can sue the insurance company of an at-fault driver for pain and suffering caused by injuries sustained in a collision.

In a report released this week, the government-appointed Automobile Insurance Advisory Committee concluded injury settlements and litigation costs are the reason behind escalating auto insurance premiums.

The committee argues consumers and people hurt in vehicle crashes would be better served by a no-fault system where claims are settled by an independent traffic injury regulator.

Finance Minister Travis Toews has not decided whether the government will act on this key recommendation. He intends to appoint a panel to lead public consultations on the report.

The insurance industry claims it is losing money on auto insurance, that the payouts and costs are greater than what it makes from premiums.

Keith McLaughlin, spokesperson for Fair Alberta, a coalition of lawyers, medical professionals, and injury rights activists, said insurance companies need to open up their books and provide evidence to back those claims.

Despite arguments to the contrary, McLaughlin said the insurance industry does make money, so they need to have limits on how much profit they make.

“When you have a private market the insurers deserve to make a profit,” he said. “But that profit needs to be transparent. It needs to be needs to be fair.”

McLaughlin points to Ontario, which has the only private no-fault insurance system in Canada, as an example of how the system fails drivers.

He said Ontario auto insurance premiums are among the highest in Canada, but drivers receive the lowest benefits.

Halpern said the majority of cases under the current Alberta system are settled out of court. Nonetheless, she argued people should have a right to seek compensation for pain and suffering through the courts if they choose. She said a no-fault system doesn’t take people’s individual circumstances into account when deciding on injury awards.

Halpern rejected a suggestion that her group opposes a no-fault insurance system because it would put personal injury lawyers out of work.

“I don’t know of a single personal injury lawyer that doesn’t truly care about the rights of their clients, and I think that that’s not the case at all,” she said. “This isn’t about our jobs. This is about civil rights.”

While the Alberta government puts the report out to public consultation, Finance Minister Travis Toews is proposing interim measures to contain premium increases in a new bill he introduced for first reading on Thursday.

Bill 41, Insurance (Enhancing Driver Affordability and Care) Amendment Act, will increase the number of minor injuries subject to a $5,300 compensation cap., which may include some concussions resulting from whiplash sustained in vehicle collisions.

Halpern is awaiting regulations that may provide additional clarity but said that placing caps on settlements for injuries like concussion, chronic pain or PTSD  could lead to more legal challenges and clog up the courts even more.