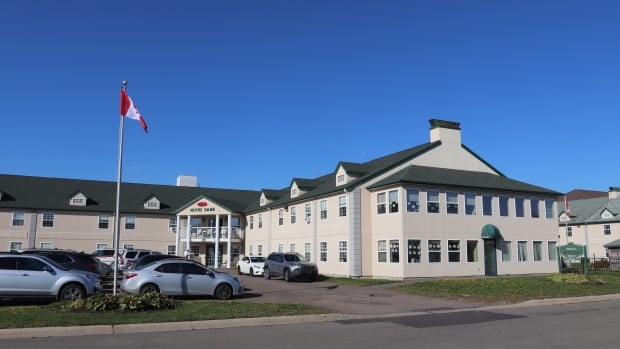 New Brunswick has reported its third death from COVID-19 since the start of the pandemic.

The person lived at Manoir Notre-Dame, a special care home in Moncton which is experiencing an outbreak of the virus.

The person was in their 60s and died Sunday as a result of “underlying complications,” including COVID-19, according to Public Health.

“This is another sad moment for our province,” said Dr. Jennifer Russell, chief medical officer of health, in a news release. “I am joining all New Brunswickers in sending my heartfelt condolences to the loved ones of this individual.”

Premier Blaine Higgs said in a statement he was “deeply saddened” by the news.

“I extend my thoughts and prayers to the family and friends of this person, and to everyone in our province who has been impacted by the recent outbreaks,” he said.

Public Health also identified a positive case who may have been infectious while on a flight.

Passengers who travelled Oct. 8 on Air Canada flight 8954 from Toronto to Fredericton are advised to self-monitor for 14 days. If any symptoms develop, they should call Tele-Care 811 or complete an online self-assessment to get tested.

Most cases in Campbellton region

More than half of New Brunswick’s active cases are now located in the Campbellton region, which is at 57. There have been five confirmed cases of COVID-19 at schools in the region.

It’s been more than a week since the Moncton and Campbellton regions were forced back to the more restrictive orange phase. The rest of the province remains under yellow-level restrictions.

The province conducted 1,065 tests on Friday for a total of 92,060 since the start of the pandemic.

What to do if you have a symptom

People concerned they might have COVID-19 symptoms can take a self-assessment test on the government website at gnb.ca.

In children, symptoms have also included purple markings on the fingers and toes.

People with one of those symptoms are asked to: