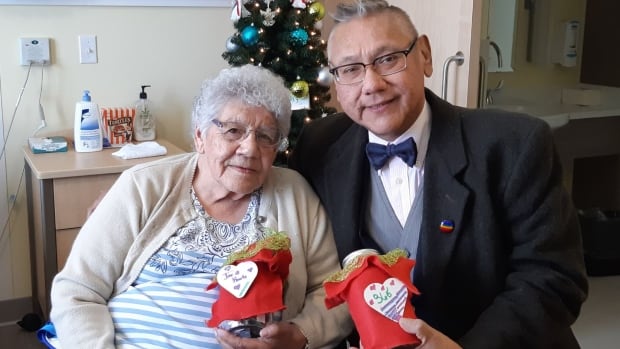 Leslie Labobe said he had a “bit of a cough” a couple weeks ago, so he was relieved Saturday when he called the Lennox Island Health Centre and received his COVID-19 test result — negative.

The centre held a one-day testing clinic on Friday. On it’s Facebook page, it said there are no known cases of COVID-19 on Lennox Island, but encouraged residents to get tested out of precaution.

He said he went “just for security reasons” because of the “devastation that’s happening across the country” and around the world.

New Brunswick reported 23 new cases on Saturday and six more on Sunday, bringing its active total to 77. Nova Scotia reported 11 on Sunday and eight Saturday and now has 44 active cases.

P.E.I. has one known active case.

CBC P.E.I. reached out to the Lennox Island Health Centre to find out how many people were tested on Friday and whether there were any positive results, but have not yet heard back.

Labobe said there was a lineup when he got tested.

He said people in the community have been diligent about wearing masks and following other health measures requested by P.E.I.’s Chief Public Health Office.

He said he is concerned, however, about the effect the pandemic has on mental health, especially with Christmas approaching and people not able to socialize as they normally would.

“I have a lot of friends that are going through a lot of mental health issues with anxiety and depression,” he said. “And …we’re social people and being isolated, especially if you live alone, you don’t get that interaction with friends or family or the public.”