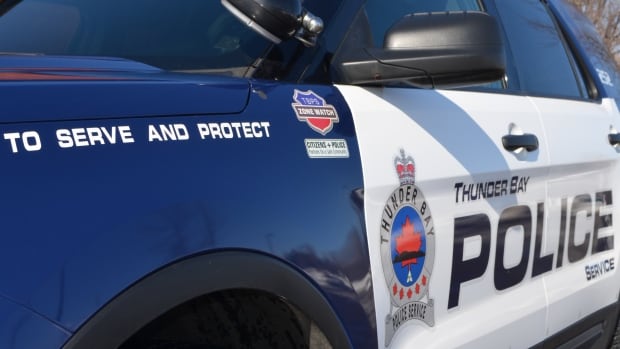 One southern Ontario police service that began naming impaired drivers in 2018 stopped the practice after less than a year because it didn’t lead to a drop in charges.

Thunder Bay police announced this week the names of everyone charged with criminal impaired driving during the Festive RIDE season would be published on the service’s website, a move officers hope will be a deterrent against impaired driving in the city.

“What we’ve been seeing with impaired driving charges over the last number of years is that every year, the number of people charged with impaired-related criminal driving offences continues to rise,” York Regional Police Sgt. Andy Pattenden said Thursday. “We’ve been doing everything that we can over these many years to try and get those numbers to change, and for them to come down.”

That has included educational campaigns and increased enforcement, he said.

In 2018, the service decided to try naming those charged, as well. The initiative lasted less than a year: it simply wasn’t having an effect on the number of impaired driving charges, Pattenden said.

“Each week, we would publish the names of the people on our website,” he said. “We did see that there were a lot of media outlets that would pick it up, as well as people from the community would be very interested in the names.”

“With the numbers not going in the direction that we wanted to, we chose to abandon that practice.”

Pattenden said he was surprised publishing the names of those charged didn’t lead to a drop in the number of impaired drivers.

“But, you know, everything that we’ve tried has not been able to change the numbers,” he said. “In fact, the only thing that we have seen that’s been quite successful here in York region is educating our community on when to call 911 if they spot a suspected impaired driver, and that is every time.”

“We’ve seen that number go up significantly, which has ultimately led to more arrests and more charges. It’s not a deterrent, but it has helped us take more impaired drivers off our roads.”

Neighbouring Durham Regional Police Service still publishes the names of impaired drivers, much like they do for other serious crimes.

However, it’s difficult to track how effective the measure is as a deterrent, however, said Durham police acting Sgt. George Tudos.

Practice ‘raises a lot of concerns’

“It’s hard to measure something that doesn’t happen,” he said. “But what we can tell you is we’ve had numerous incidents here in Durham where neighbours know that someone down the street was charged with impaired driving, they see that same person, the next day in some of the cases, get into a vehicle and drive away, sometimes even impaired again.”

“This is obviously helping with reducing the number of incidents we have on our roadways that could be potentially fatal or serious injuries.”

The Canadian Civil Liberties Association (CCLA), however, said the practice is concerning.

“It raises a lot of concerns for us,” said Abby Deshman, criminal justice program director with the CCLA. “It really inverts the justice system. The police are supposed to investigate crime, they make allegations, and it’s up to an impartial judge or jury to decide if a person is guilty and then to determine what type of sentence they should get.”

“When police do things like naming and shaming, putting peoples’ names, dates of birth, on the internet, it’s really punishing people before they’ve ever been found guilty of a crime.”

Deshman said there’s a difference between naming someone charged with impaired driving and naming an accused in something like a homicide investigation.

“This isn’t police looking at a particular case and saying ‘people in the neighbourhood are really concerned and want to know what’s going on,'” she said. “This is a broad policy just to post everybody’s name on the Internet.”

“To think that those risks aren’t going to deter people, but naming and shaming will, it just doesn’t make sense,” she said.

In fact, she said, the solution isn’t necessarily a matter of crime and punishment.

One organization that is supporting the police in this initiative is MADD Canada.

“We strongly support police that do this,” Andrew Murie, CEO of MADD Canada, said Thursday. “If they think that this is going to be effective as part of their impaired driving strategy, we’re 100 per cent behind them.”

“The only difficulty with it is, because it’s usually done only for a short period of time, there’s no measurement out there to determine its effectiveness,” he said. “But I’ve often heard police chiefs say if it stops one person from driving impaired, it’s a successful endeavour.”

As for concerns the practice of naming those charged stigmatizes addictions, Murie said that isn’t the case, and he hasn’t seen much in the way of public pushback when police implement these measures.

“Not every impaired driver is an alcoholic,” he said. “The studies have shown it’s only about one-third, and a lot of times what happens is when people have alcohol-related problems, or drug problems, and get charged with impaired driving, for some of them that’s the journey to helping themselves deal with it, because it has so [many] implications.”