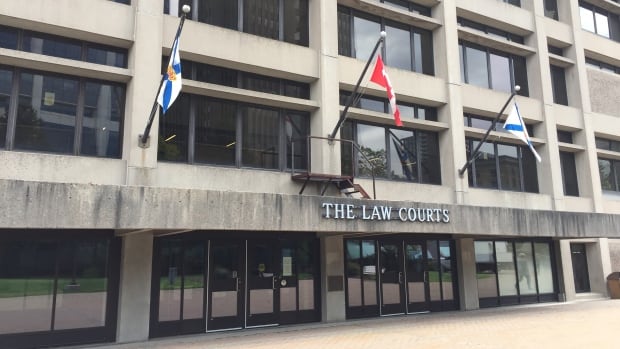 The search continues for a venue in the Halifax area that can handle jury trials while adhering to public health measures.

Usually, those trials are conducted at the Law Courts building in downtown Halifax — but there is nothing usual about court proceedings in the midst of a pandemic.

The courts were virtually shut down in March when the impact of COVID-19 was first being felt in Nova Scotia. They have since resumed many matters, but jury trials present a special challenge.

Associate Chief Justice Patrick Duncan has taken charge of figuring out how to get them going again.

He said in a special hearing Wednesday morning that it was not uncommon before the pandemic for there to be three jury trials running concurrently in the Law Courts. But he said the building cannot meet the new health restrictions imposed by the pandemic.

Typically, upward of 200 or more people are called to court at the start of a trial.

They would all crowd into the third-floor lobby at the courthouse, outside what have been four of the largest and busiest courtrooms in the province. From that group, the panel of 12 that will decide an accused’s fate is chosen. During a trial, jurors sit, shoulder-to-shoulder, in the jury box.

Any venue they use would have to be large enough to allow for physical distancing, be secure for exhibits and witnesses and be available for at least two months, the length of time required for some complicated jury trials.

Other jurisdictions in Nova Scotia, such as Bridgewater, have been able to find venues to accommodate jury trials.

According to Duncan, there are 35 jury trials pending, which works out to about 200 days of hearings. He said that doesn’t include time for pre-trial motions or judge-alone trials, which are also being scheduled. He said there are also trials that have been scheduled this fall and early winter that will probably have to be rescheduled as well.

While they haven’t found a suitable substitute courtroom, Justice Duncan has started scheduling trials anyway in the hopes the problem will be solved by the time the first trial begins.

At this point, the first jury trials in the Halifax area are set for next February. The start dates are being staggered so that multiple jury pools are not congregating at the same time.

After a morning of haggling over dates, eight jury trials were scheduled. The last dates were in September of next year.

Some matters couldn’t be scheduled and Justice Duncan has told lawyers to return to court in October when he will once again have an update on search efforts.