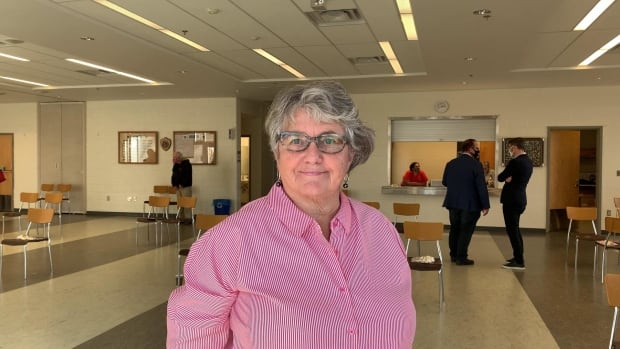 The head of a long-term care home in Berwick, N.S., said she’s “troubled” by the lack of response from the provincial government on a request for funding to bring the facility up to modern standards.

Pauline Raven, board chair for Grand View Manor, said the facility needs between $650,000 and $900,000 from the province for engineering schematics for a new building, which would house 142 people in private rooms.

Grand View Manor celebrated its 50th anniversary on Saturday with a small gathering at a nearby community hall, which Health Minister Leo Glavine attended.

Raven said she had expected him to come with an answer about their funding request. Glavine delivered remarks, lauding the facility’s plans and the measures it innovated to control infection during the first wave of COVID-19, but he did not make any funding commitments.

Glavine said that with lessons learned from COVID-19 — especially the outbreak at Northwood in Halifax, which killed 53 residents — his department was considering a number of long-term care infrastructure projects.

“We have a whole new lens on nursing homes as a result of the Northwood report, the infection control report that has come forward. So we’re now in deliberations about the next homes that will be either reconstructing or new facilities,” he said in an interview.

Glavine said he was in the midst of creating a list of proposed spending to bring to the treasury board.

“It takes time. I will probably know within a few weeks where we are with that list.”

Raven said she was frustrated with the response.

“Our expectation was that the long-term care issues around [COVID-19] infection control would speed up the process for our project rather than slowing it down.”

“And I believe it has [slowed it down.]”

Multiple-occupancy rooms in long-term care proved to be a liability for infection control during the first wave of COVID-19, and Randy Delorey, the former health minister, committed to eliminating rooms with more than two people.

On Saturday, Glavine said that “perhaps even two” was too many for one room, except in the case of family members or close friends.

Right now, 87 per cent of residents at Grand View Manor share their bedrooms with at least one other person, and share a bathroom with two other people.

Most of the bedrooms, according to Raven, are too cramped for effective use of a wheelchair, and none of the bathrooms are wheelchair accessible.

The total estimated cost of the project is just over $69 million. Construction could begin as soon as next March and is estimated to take about two years to complete.