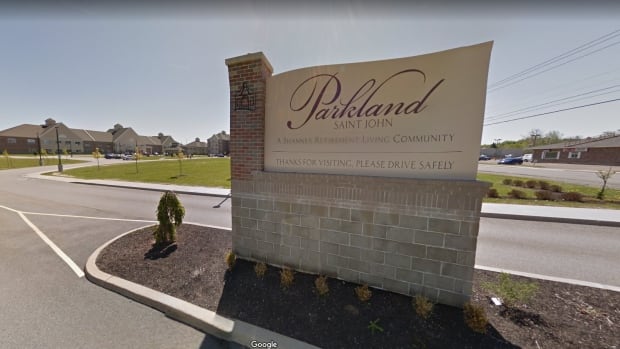 A retirement-living complex in Saint John announced six new cases of COVID-19 on Saturday night after testing all residents and staff.

Shannex Parkland now has 15 confirmed cases within two buildings at the facility. Five employees and 10 residents have contracted the virus.

Testing was completed for all residents at Tucker Hall and Carleton Hall on Saturday, but not all results are in.

New Brunswick announced 14 new cases of COVID-19 on Sunday, mostly concentrated in the Saint John and Moncton regions. The entire Saint John region is in the orange-level recovery phase and has 72 active cases.

Public Health declared an outbreak on Nov. 20 at Tucker Hall, after an employee tested positive. The building is a 90-bed, licensed long-term care home.

Carleton Hall is a retirement-living building within the same complex operated by Shannex.

Residents who have tested positive have been moved to a designated area where they are being cared for by staff working exclusively with COVID-19 cases, Shannex said in a statement.

The company said the designated area is equipped to isolate residents who test positive and has a separate entrance and exit to control access.

All other residents of Parkland Saint John are isolating in their rooms during the outbreak.

Under pandemic restrictions, most movement within buildings is limited to health-care personnel.

“Our team continues to work closely with Public Health to ensure precautions are in place to protect our community and plan for additional testing,” Shannex said.

The facility plans to retest residents and employees.

Family of residents who tested positive have been contacted.

A Shannex official told CBC News last week that the facility activated its pandemic plan after cases were detected.

Lisa Snodgrass, clinical practice director and infection control specialist, said the investigation into the cause of the outbreak is ongoing.

“We’re not sure how it got in,” she said. “But we are sure of what we can do to help prevent the spread and that’s what we’re focusing on right now.

Snodgrass said all residents and some employees are self-isolating.

There are now 114 active cases in the province, and one person is in the hospital.

The cases in the Saint John and Moncton regions are self-isolating and remain under investigation.

One new case was also reported in the Bathurst region (Zone 6). It is an individual 30-39 and is travel-related.

In addition to the 72 active cases in the Saint John region (Zone 2), there are 28 active in the Moncton region, 16 in the Fredericton region and three in the Bathurst region.

There are more than 2,000 people self-isolating across the province this weekend.

New Brunswick has confirmed 495 cases since the start of the pandemic in March. Seven people have died and 369 have recovered.