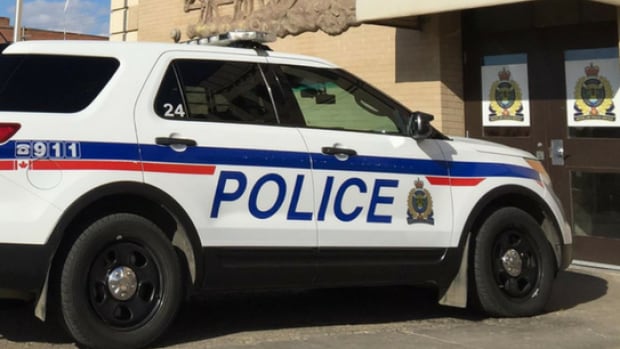 Moose Jaw police have arrested a third man they believe was involved in a serious assault and robbery last week.

Last Friday, police were called to the first block of Stadacona Street W. in the southern Saskatchewan city with a report of an assault.

They didn’t find a victim or any suspects there, but were called to Moose Jaw’s Dr. F.H. Wigmore Hospital, where they found a man who had suffered serious head injuries in an assault.

Police executed a search warrant at a home on the first block of Stadacona Street W. Two people were arrested and a warrant was issued for the third.

Police said that man was arrested on Thursday. He’s expected to appear in court on Friday.

Moose Jaw police said the man who was assaulted has since been released from hospital and is expected to recover. They thanked the public for their help in sharing posts, providing information and submitting tips to Crime Stoppers.