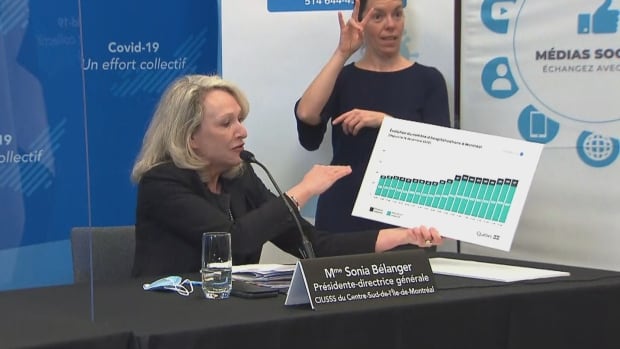 The situation at Montreal’s hospitals remains under control but is “extremely tense” as they contend with an onslaught of COVID-19 patients stemming from increased infections over the holiday period, said Sonia Bélanger, a senior public health official.

The same cracks that are appearing in the health-care network across the province are highly visible in the city, said Bélanger, who heads the CIUSSS du Centre-Sud-de-l’Île-de-Montréal.

Beds are filling up, some surgeries and other activities are being postponed, and staff are being shifted from their usual assignments to help with a growing population of COVID-19 patients, Bélanger said.

The network is adding beds to accommodate non-COVID patients who may need to be moved out of hospitals and is also increasing intensive care capacity, Bélanger said. But she warned that staffing issues mean those additions can only do so much.

“It’s great to have extra beds, but we have to have the ability to staff those beds,” Bélanger said, noting that around 1,000 health-care workers are currently absent, either because they have COVID-19 or are awaiting test results.

The majority of new cases have resulted from gatherings in homes, said Dr. Mylène Drouin, Montreal’s public health director. She hypothesized that “small transgressions” — rather than big parties — largely account for case counts in the city that reached record highs in recent days.

Numbers have dipped in the last few days, Drouin said, but she said the number of people getting screened had also dipped. “It’s too early to say if we’ve reached a plateau or downward trend,” she said.