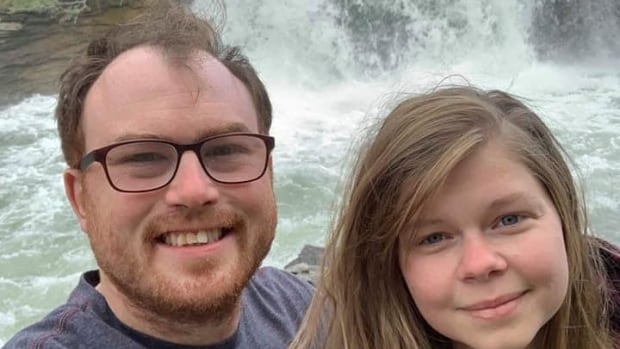 The search for an Alberta couple, missing since Friday, has ended in tragedy.

The bodies of Matthew Kozak, 32, and Zabrina Ferrier, 25, were recovered Wednesday morning in the Verdant Pass area of Jasper National Park.

“It is believed the couple were hiking and succumbed to their injuries after falling from a steep bank in the area,” Killam RCMP wrote in a news release.

Parks Canada staff located their bodies at 6 p.m. a day earlier but had to delay recovery efforts given the remote location and lack of daylight.

Jasper RCMP and the Office of the Chief Medical Examiner are continuing to investigate.

Kozak, and Ferrier are from Galahad, Alta., a small hamlet 200 kilometres southeast of Edmonton.

The search for the two started on Monday after Kozak didn’t show up for work in the morning.

The two have been known to use the Mount Edith Cavell Road trails over the summer.

Their Hyundai Kona was located in the parking lot near the trails, RCMP said in a news release Monday evening.

Michael said his brother and Ferrier have done a lot of hiking and camping over the summer, including in backcountry areas.

“I wish they would have told somebody where they were going, what was going on, because it seemed like they just did a spur of the moment trip,” Michael Kozak said on Tuesday. “[They were] just thinking of going for a hike and weren’t expecting anything bad to happen and we’re praying that’s the case.”