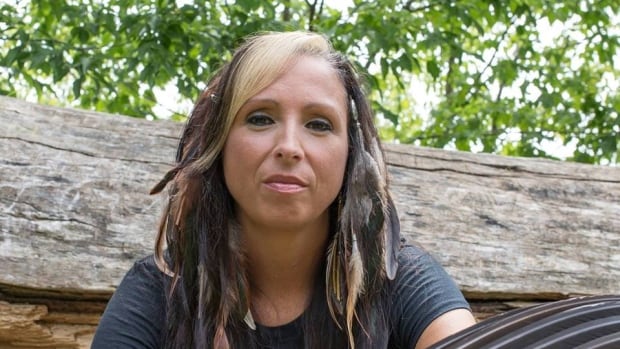 Canadians should expect to see more Indigenous involvement in resource industries, such as fishing, says the chair in Indigenous governance in the department of politics and public administration at Ryerson University.

“This is the wave of the future,” said Prof. Pam Palmater, a Mi’kmaw woman from New Brunswick.”

“And not just in Miꞌkmaꞌki,” she said, “but in Haudenosaunee territory, Wet’suwet’en and Haida territory. More and more, over our own territories, which we have the legal right to do, we’re going to be governing our resources.”

Palmater is also a lawyer, author and activist. She is closely watching the situation in St. Mary’s Bay, N.S., where a Mi’gmaw First Nation has launched a lobster fishery and white fishermen have been protesting.

The situation is a result of government inaction, she said.

“If they recognize our rights at all we have to fight for it. And even after we fight for it and win it, they minimize it because they don’t want to displace the status quo — and that’s all the governments and corporations and industries that are benefiting off our our lands and resources without us getting much of a benefit or having any say over what are unceded territories in all of the Maritimes.”

Palmater said her people have been fighting court cases for years, and their rights have been upheld.

“The only people who have a constitutional right to fish in this country are native peoples,” she said, referring to court decisions affirming Aboriginal treaty rights under Section 35 of the Constitution Act.

“That means our rights are prioritized over everyone else.”

The government, on the other hand, has acted as though the opposite were true, Palmater said.

“We’re at the very bottom and everybody else’s commercial rights have been prioritized.”

Turning the tables is going to make some people uncomfortable, she said, but it’s necessary.

“That’s what justice is, if you follow the rule of law in this country.”

The statement acknowledged the Mi’kmaq have a constitutionally protected treaty right to fish in pursuit of a moderate livelihood, which was affirmed more than 20 years ago by the Supreme Court of Canada in its decision in the Donald Marshall case.

But the ministers said what’s been happening in Nova Scotia is counterproductive.

Sipekne’katik First Nation launched a fishery Sept. 17, about two months ahead of the scheduled start of the season regulated by the federal government and outside the federal licence system. The Mi’kmaq fishermen have had their lines cut by non-Mi’kmaq fishermen and their traps removed and they and other Mi’kmaq people have been harassed about it — on and off the water.

“Reconciliation is a Canadian imperative and we all have a role to play in it,” said the ministers’ statement.

“What is occurring does not advance this goal, nor does it support the implementation of First Nation Treaty rights, or a productive and orderly fishery.”

‘No place for threats’

The ministers called for less confrontation and more communication.

“We share the concerns of the Assembly chiefs for the safety of their people. There is no place for the threats, intimidation, or vandalism that we have witnessed in South West Nova Scotia. This is unacceptable.”

Palmater called on the federal government to do more to educate the public about treaty rights and for different levels of government to sit down with Sipekne’katik First Nation representatives to work out a reasonable solution to the fishery dispute.

We talk to Pam Palmater about the increasing tensions between commercial lobster fishers and Mi’kmaw fishers in St. Mary’s Bay. 10:51

But she also said that in general, negotiations have gone on for too long with no results.

“That’s literally what we have been doing for decades, and unfortunately in the Maritimes, different provincial governments of all different stripes haven’t come to the table. “

“At some point, we have to move forward anyway. Because it’s our livelihoods. It’s the welfare of our children.”

Palmater said the impoverished condition of First Nations is directly related to dispossession of land and resources.

Commercial fishermen have voiced concerns that the new Indigenous fishery in Nova Scotia poses a risk to lobster stocks.

Mi’kmaq people have put a lot of work into developing their own “really sound” governance structures and resource management plans, said Palmater.

“There is no way that our tiny little fraction of resource extraction or use for our livelihood is going to jeopardize any of these resources.”