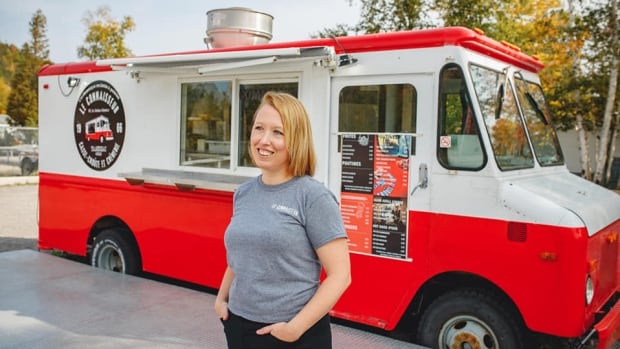 Quebec’s reigning poutine queen has a secret and yes, she’s willing to share it with the adoring masses.

If you aspire to fries-sauce-and-curds greatness, it’s all about the animal fat.

“To make the best poutine at home, you need to use my sauce, Le Connaisseur… For the french fries, you need to cook them in Tenderflake fat. You know, the one you use to make pies?” said Nathalie Lessard, cook and proprietor of Casse-croûte Le Connaisseur in Tadoussac, on the Lower North Shore.

“Or you can use duck fat if you want to spend more money. It gives a taste that’s different, like fries from Belgium.”

Combine with fresh cheese curds (Lessard sources hers from La Malbaie) and you’re good to go.

While the origins of Quebec’s signature contribution to the fast-food canon are disputed—one can be on Team Drummondville or on Team Warwick, but not both—there is only one regional casse-croûte sauce mix that won a Quebec-wide distribution deal this past summer, and it is Lessard’s.

At age 24, she was studying anthropology in Montreal but her true passions lay elsewhere.

As to why it happened to be this particular ‘cantine’, which has operated since 1966 out of a trailer in Quebec’s whale-watching capital, well that’s another story entirely.

Lessard’s mother happened to be travelling in the Lower North Shore shortly before visiting her daughter in Montreal.

“She saw a [for sale] sign at the food truck in Tadoussac,” Lessard said. “Two months after [that] I moved to Tadoussac and began to make french fries.”

It was 2004. She took over the business from its iconoclastic founder, a local entrepreneur called Claude Lapointe who had decided to retire. There was a brand and an ethos to uphold.

Lapointe, she said, was “a very funny guy who used to call all his customers Monsieur Tremblay. I kept the same name and the same colours and everything and tried to keep up the story.”

It’s taken a lot of work, but that’s what Lessard has done.

First, she commissioned a Montreal food services company to create a poutine sauce recipe to her specifications (it’s chicken-based). Two years ago, she bought a mobile food truck in order to spread the good word to neighbouring regions and summer festivals. And in 2019, she bought a brick-and-mortar restaurant in Les Bergeronnes, a 20-minute drive up the St. Lawrence coast.

Lessard has been selling her poutine sauce mix in local grocery stores for a little while (“I did food tastings … I gave a lot of poutines to people,” she said) and that’s how she caught the eye of Marc Giroux, the executive vice-president of grocery giant Metro Inc.

“Before coming he stopped in La Malbaie at a grocery store, he saw my display … and I suppose he liked the branding and potential,” she said. “At the food truck, while he was waiting for the bathroom, he spoke with my husband Stéphane, I was too busy cooking french fries and burgers.”

Evidently he liked what he heard. Emails were sent, a meeting was set up, and a deal was quickly negotiated.

An overnight success, then, that was only 16 years in the making.