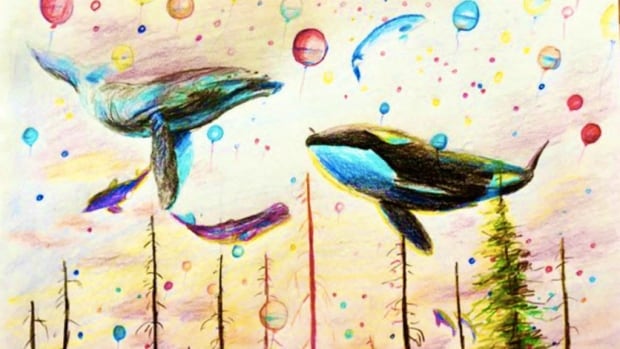 The business improvement association in downtown Williams Lake, B.C., says it wanted to cheer local residents up amid the pandemic and years after a major wildfire but didn’t expect the negative reception it received from the mayor.

“It’s ugly,” said Walt Cobb at a council meeting last Tuesday of the proposed street art on the wall of a laundromat at Oliver Street and Fourth Avenue South.

Councillors unanimously decided to defer discussion of the association’s $5,000 funding request until the city develops a formal policy on murals.

“Everybody’s been under so much stress and so much strain,” she said to Doug Herbert, guest host of CBC’s Daybreak Kamloops. “We just have to remember that our words and our actions impact people around us.”

In the funding request letter to city council in August, Davis said the mural, designed by five local female artists “will show the tragedy of the fires, while showing the spectator the possibility and beauty of rising above this.”

Over 10,000 residents in Williams Lake and surrounding areas were evacuated from their homes due to wildfires in the summer of 2017.

“We’re not opposed to the murals. It was just, in this particular case, the question of how it tied in with a particular area of our official community plan,” Cobb told CBC. “It states that the [downtown] core will stay along the [Cariboo] Western theme.”

But Davis said the city doesn’t yet have a policy specifically on murals, and the Indigenous community needs to be considered when it comes to cultural representation in the downtown area.

“This mural specifically speaks to people of this community because of the trauma that we’ve gone through,” she said.

Davis said the Williams Lake First Nation had promised to provide $5,000 to fund the artwork.

With an additional $5,000 from the association’s own pocket, she says the mural project could proceed without financial support from city council.