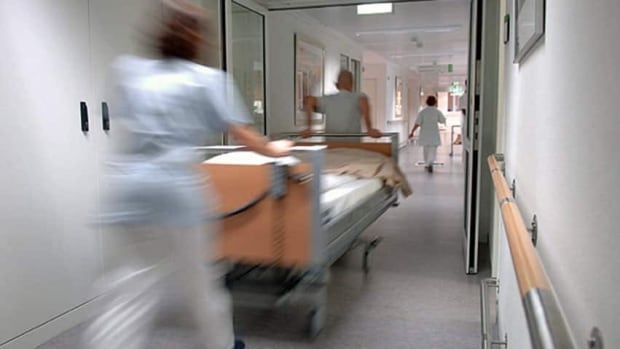 A Manitoba nurse who has COVID-19 is concerned expired personal protective equipment she was issued may have put her at risk for contracting the virus.

The nurse, who CBC is not identifying due to concerns about her job security, was caring for COVID-19 positive patients and had been wearing what she later learned were expired masks — purchased 10 years ago for the H1N1 pandemic.

“First off it was just like, ‘wow’,” she said. “The worst part of it all was finding out … this mask had a shelf life of five years.”

The blue-coloured Technologist Choice procedure masks she and her colleagues had been using day after day were recalled by the province earlier this month after reports some masks had a strong chemical odour and caused skin irritation.

They had been distributed to Manitoba health care facilities, schools and other sectors.

The nurse said the entire stock was removed in her unit and shortly after she fell sick.

She is convinced the expired masks may have been what made her vulnerable to catching the virus.

“At no time did I have a breach in my PPE protocol,” she said, adding no one in her household has tested positive either.

“It’s only because they were expired. There is always that chance they weakened enough that the virus could pass through it.”

A day after her last shift she felt fatigued. The next day, the symptoms started.

“It just really felt like a horrible, horrible flu. Body aches, some sore throat,” she said, adding she “was constantly going back and forth between feeling bad and feeling good,” before getting progressively worse.

She lost her appetite and ability to taste and became dehydrated, while finding it increasingly difficult to breathe, she said.

At the height of her illness, she had to be hospitalized and put on oxygen. She has no underlying health conditions that would increase her risk either, she said.

“It’s been a struggle,” she said. “Even just going two feet to the bathroom [was] enough to knock the wind out of me.”

She acknowledges there is no way to know for certain how she contracted the virus and while she didn’t experience any odour or rash due to the masks, she said she observed colleagues who did.

She said the province, which obtained the supplies, should have done more to ensure up to date PPE was provided to frontline workers.

“As nurses we know that there’s a huge risk that we’re going to get sick,” she said. “But I don’t think it was very fair for the government to, even unknowingly, put us in the situation of increasing our odds of getting sick.”

In an email, a spokesperson for Shared Health told CBC News all 2009 Technologist Choice masks are no longer in use and replacement masks have been distributed.

“These masks were recalled out of an abundance of caution and had been appropriately stored in a temperature controlled environment and approved for use by infection prevention and control and occupational and environment safety and health experts,” the statement read.

In the recall memo on Nov. 10, Shared Health noted the procedure masks were approved for distribution in the spring and a further review of the masks took place in June and July following concerns raised by staff about skin irritation.

The masks were deemed acceptable for use but alternate masks were given to those who could not wear the brand.

However, BND Inc. the Toronto-based manufacturer of the masks stated the masks only have a lifespan of a few years and it does not support using or distributing the masks beyond that point.

“The province should have made a wise decision. They should know the normal shelf life on these things is three to five years,” BND president Surender Choudhry said earlier this month.

Choudry also pointed out the company had no data or test results “to support the extension of shelf life of masks stored at a controlled temperature,” according to a statement from Nov. 10.

Darlene Jackson, president of the Manitoba Nurses Union, said while she could not comment on this specific case she finds the whole situation alarming.

“It is very concerning and it really makes me angry that a nurse was put in this position,” she said.

“I think it’s appalling that they were actually put into circulation at all.”

Right now, Jackson said at least 100 nurses in Manitoba have COVID-19. Even more are off work, awaiting test results.

What also troubles Jackson is that these expired masks continued to be used by some staff until the Nov. 19 deadline to remove the stock, she said.

In the recall memo, Shared Health reassured staff it was safe to continue to use supplies until replacement stock could be distributed.

Jackson does not know how the masks could be considered appropriate protection.

“In my mind, the manufacturer would be the expert when it comes to how long those masks should be used,” she said.

“We have nurses that had rashes, they reported the mask having an odd smell, they reported having breathing difficulties with those masks. I had a nurse that told me every time she put it on, the elastic would fly off the side — they were well beyond the best before date.”

I think it’s appalling that they were actually put into circulation at all.– Darlene Jackson, president of the Manitoba Nurses’ Union

Meanwhile, the nurse, who is still recovering from COVID-19, said she feels terrible for being off work, knowing her colleagues are down a staff member.

Her message to Manitobans is simply to stay home.

“I keep thinking about the sacrifices that our parents and grandparents would have been making for us if this was totally reversed and our kids were going to be at [most] risk for any of this,” she said.

“My needs are for you to protect everybody else.”