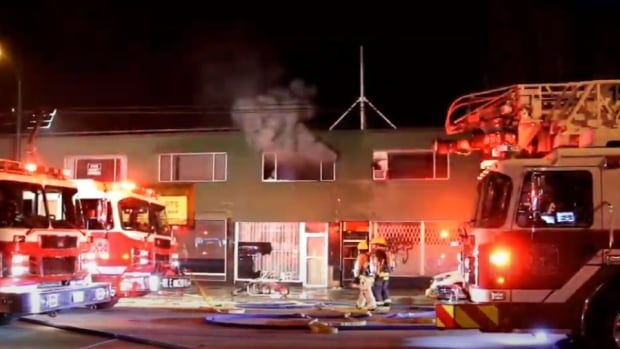 A fire in a commercial building in Vancouver on Monday night has claimed the life of one man and sent a second man to hospital.

The Vancouver Police Department says two officers were driving near Kingsway and Victoria Drive around 9 p.m. PT when they noticed heavy smoke billowing from a second floor suite of 2127 Kingsway.

Officers entered the building and found two men on the second floor.

One was pronounced dead at scene. The other was was taken to hospital with smoke inhalation and is expected to recover.

He said investigators are working to determine how the fire started.