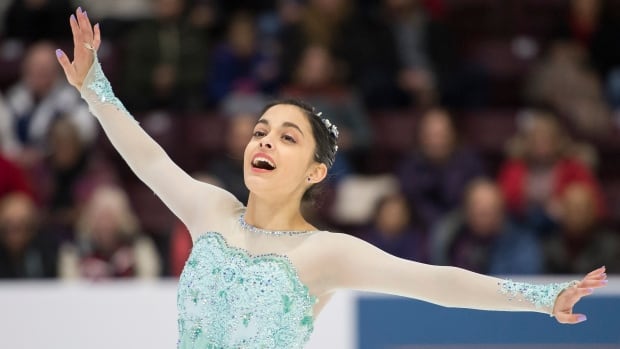 The 17-year-old, who was fourth after the short program, had a virtually flawless free skate to Michel Legrand’s “I Will Wait for You,” for 117.95 points and overall score of 175.65.

Piper Gilles and Paul Poirier are the leaders after the rhythm dance. The reigning Canadian champions scored 87.96 points.

Because of rising COVID-19 cases in Canada, the Challenge was held virtually. Skaters submitted videos of their programs that were shot at their home rinks over the past few weeks. To simulate a live show, the programs were broadcast — and judged in real time — on Saturday.

No fans were permitted in the rinks, just the skaters, their coaches, a video crew, and a Skate Canada official who was there to ensure competition rules were followed.

Last year’s world championships in March were one of the first international sports event cancelled due to the pandemic. Skate Canada International in October was also cancelled.

The U.S. national championships, meanwhile, are happening this weekend in Las Vegas.

The men’s free program is Sunday.