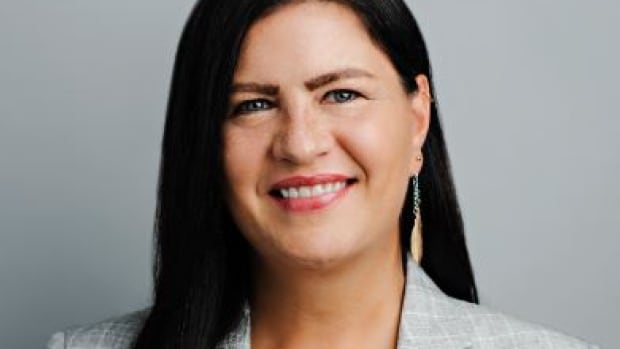 The winner of the 2020 Women of Inspiration Indigenous Leader Award hopes her achievement will serve as an inspiration to young women from all walks of life.

“As a young Indigenous, queer woman, many years ago I didn’t see people like me represented in leadership positions or in senior level positions, and it’s hard to imagine being something when you can’t see yourself reflected in those roles,” Campbell told CBC Kitchener-Waterloo.

“So what I guess the impact might be is that other young women from all walks of life in particular Indigenous, Black, people of colour and the LGBTQ community see themselves represented and also see themselves as leaders.”

Campbell was nominated in three categories — Indigenous leadership, the authentic leader, and the difference maker.

She said winning the Indigenous Leadership Women of Inspiration Award means so much, because she was nominated by an Indigenous student and received supporting letters from friends, peers and mentors within Waterloo region.

“That was also an honour for me to be nominated in those broader categories as well because it does say to me that I am having an impact in the broader community in the work that I do and the people that I work with,” Campbell said.

“I really did not think that I was going to receive it, so when I got the call I was pretty floored because if you saw the pool of amazing candidates who are entrepreneurs, professionals and business owners, I just was floored that I actually received one of the awards, so I’m deeply honoured by that.”

Monica Kretschmer is the founder and CEO of the Universal Womens Network — the organization behind the national awards honouring a diverse collection of women of all ages from across industries.

“Universal Womens Network and Women of Inspiration Awards is about celebrating and elevating women across Canada to be seen and heard and valued,” Kretschmer said.

“Especially in 2020, a year full of struggles, tragedies and uncertainty, we recognized the achievements of women, who thrived throughout a year of unbridled change.

“A Women of Inspiration award empowers women to step up, to do more, to lead. These women show us the possibilities, the future. Our network embraces a culture of diversity and inclusiveness. Every woman has a unique gift and brings value to the world,” Kretschmer added.

Now in its seventh year, the Women of Inspiration Awards have recognized the achievements of more 1,000 women from diverse industries, and backgrounds.