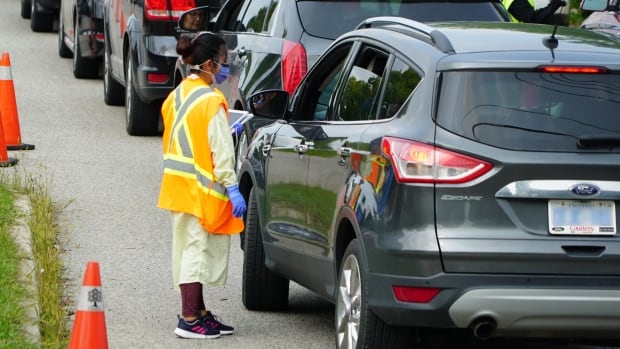 A day after the entire southwest region was left off a list of municipalities that would allow COVID-19 testing in pharmacies, London Mayor Ed Holder is asking for an “urgent expansion” of the tests into local drug stores.

The mayor made the request during a phone call with Ontario Premier Doug Ford’s office on Thursday morning.

Wednesday’s provincial announcement included 60 pharmacies. All were in Ottawa and the Greater Toronto Area except for one, in Huntsville, where the announcement was made.

“While the majority of new cases in recent weeks have been occurring in Toronto, Peel, and Ottawa, I want to make sure the premier’s office understands the dire need for expanded testing here in London and the immediate surrounding area,” Holder said in a statement.

“Londoners simply need more options. Our two primary assessment centres, at Oakridge and Carling Heights, are regularly at capacity within a few hours of opening, and satellite testing facilities on campus at Fanshawe and Western are extremely limited.”

CBC News reached out to the premier’s office and the Ministry of Health Wednesday asking why London and the rest of southwest Ontario were left off the list of pharmacies, but did not hear back.

London’s two assessment centres have seen massive lines and hours-long waits since school began and post-secondary students came to London at the beginning of September.

“Given the recent surge in cases locally, along with students of all ages heading back to school, Londoners are understandably concerned. Providing pharmacies in our city with the necessary resources to conduct COVID-19 tests would go a long way toward reducing extreme wait times at our existing assessment centres,” Holder said.

“We have had great cooperation with our provincial counterparts since the onset of this pandemic, and I am hopeful the premier will act swiftly on this urgent request.”

The mayor’s office expects London-Middlesex to exceed its one-week testing record by the end of Sunday, the statement said.