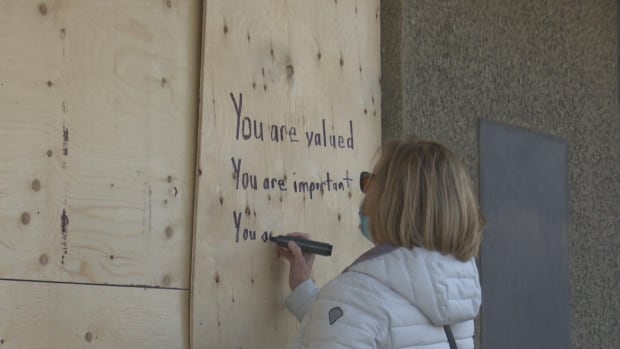 Following a series of hate motivated acts of vandalism directed at the WE Trans Support offices in the last week, community members showed up at the organization to deliver messages of positivity and hope.

WE Trans staff, families and local artists arrived at the offices Wednesday in support of the LGBTQ community. The event was in response to three incidents that took place, which included homophobic and racist vandalism, along with a window being smashed. 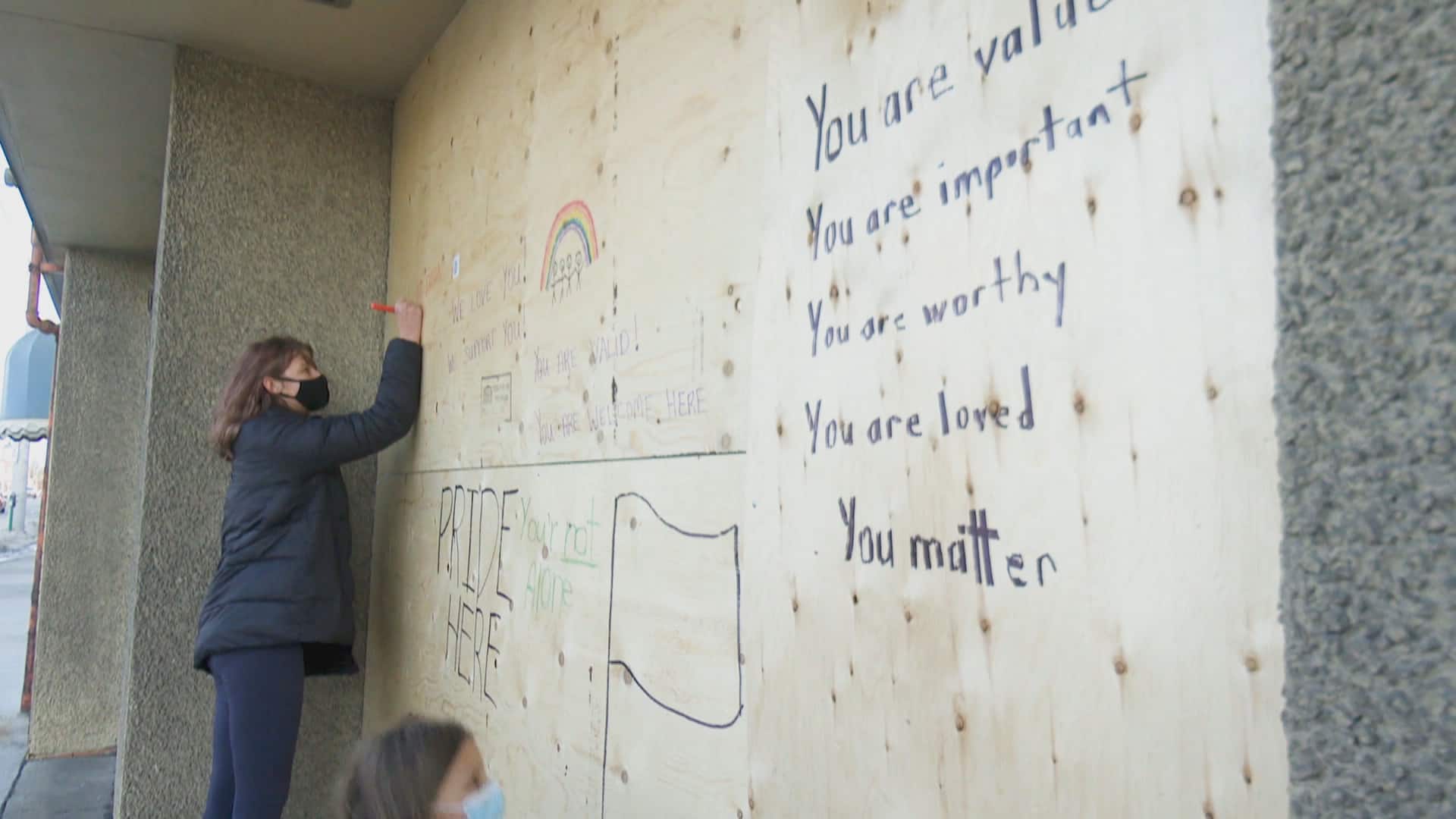 After a week with mulitple acts of vandalism at the W.E. Trans Support builiding, members of the community came out to show their support. On Wednesday, family of staff and local artists came to colour the walls and spread messages of positivity and hope. 2:05

Peyton O’Brien was one of those in attendance. She came with her sister and grandparents to spread messages of love.

“[We] came to colour on to the windows to support because we heard what happened in the window and everything else and I feel like it’s important for others to feel loved and we want this to be a safe place for them to come to,” O’Brien said.

As a member of the LGBTQ community, O’Brien said that she feels “disrespected” by what has happened to the organization.

“[I’m] feeling like I’m not being accepted,” she said. “I want to be accepted here, I want to be able to be here without being attacked by other people.”

CBC News spoke with members of WE Trans and those who are part of the LGBTQ community about the recent events.

Jamie Plouffe said the incidents were hard to hear about.

“I spent all day yesterday crying about it in bed … it’s very disheartening, it’s very triggering, it’s not something that, even as a member of a queer community you don’t want to have to hear about anything happening to a member of the LGBTQ community,” Plouffe told CBC News on Tuesday.