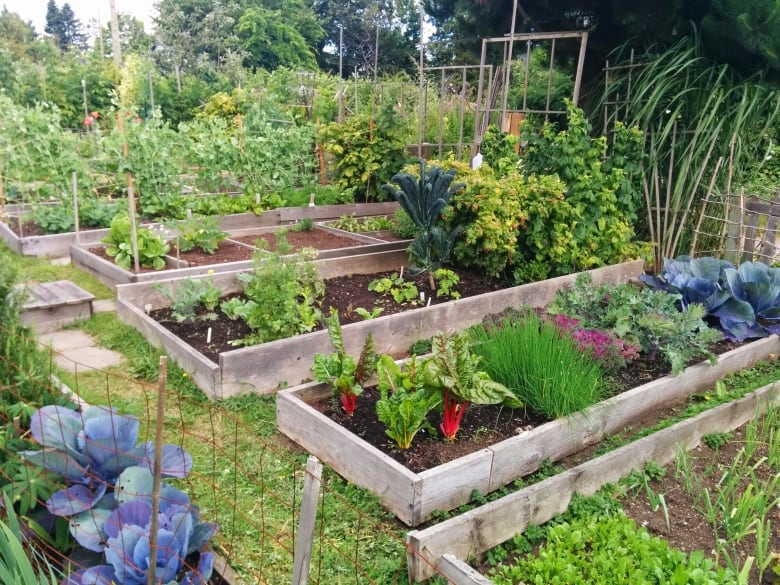 Gardeners who use the Wellesley Community Garden are anxious to get working on their plots, but they’re also being patient as they await word on how to move forward with spring planting.

The gardens had been ordered closed to help curb the spread of COVID-19. On Saturday, the province announced community gardens will be allowed to open so long as they follow recommendations and instructions laid out by local medical officers of health.

The rules people will need to follow will include physical distancing and regular disinfecting of commonly used equipment and surfaces.

Cindy Soulliere, the co-ordinator of the Wellesley Community Garden, said the news was well received by members of their small group.

“There’s a few things we’re excited about. One is, of course, food security but also we’ve spent a lot of work and years building up the soil quality where we are and if we weren’t able to open, we were really concerned about losing so much from weed cover this year,” she said.

“We have an extensive pollinator bed as well in our garden, and that’s also really important to us to protect what we’ve put into that.”

Soulliere said “it means a lot” the province took the time to think about community gardens, especially because there are other more pressing issues they are focused on.

She said they hope to be able to open the garden in the coming weeks, but it will depend on what Region of Waterloo Public Health says.

“We don’t expect it to be tomorrow,” she said. “We’re patient, for sure, but a lot of our gardeners are kind of keen to get into their plots sooner rather than later because a lot of things could be planted already this early in the season.”

Margaret-Anne Tannassee said her “inbox was flooded with people being overjoyed” that The Good Earth Community Garden in Waterloo will be able to open.

But she is also awaiting guidelines from public health before sending official information and applications about this season to people.

Before they knew whether they would be allowed to get back into the garden, Tannassee said they were discussing what measures they could take to ensure physical distancing and spacing people out over the 83 plots.

“Maybe the gardeners can bring in their own garden tools, they’ll probably need to wear gloves when they are operating the water shed and we were thinking maybe the even number plots could go in on the even days,” she said.

Tannassee said she hopes the guidelines aren’t too restrictive so the gardeners can follow the rules.

“We’re hoping that the gardeners really take this seriously but there’s always somebody who has to push the limits,” she added. If they do, she said, “we’ll have to tell them they can’t garden this season because this is too serious not to follow the rules.”

Alisa McClurg, co-ordinator of the K-W Urban Harvesters, said their group is made up of students, new Canadians and other people who have food security issues.

“This really needed to happen,” she said. “People need to eat and there’s less risk, I think, getting food from a garden where it hasn’t gone through a long supply chain compared to a store. This really made sense.”

But the news isn’t a green light for the group. Along with having to wait for public health, one of their gardens is at Wilfrid Laurier University in Waterloo. McClurg says because the campus is closed, they’d need an exemption to be able to open that garden.

Laurier’s closure also impacts other gardens, including a young city growers CSA which provides employment and training for young people, fruit trees and and a pollinator garden that the Harvesters, Grand River Food Forestry, the region and other non-profit groups planted.

“The best way to get the return on the investment is for us to be out there taking care of it,” she said.

There was a push by Sustain Ontario’s Community Growing Network to open the gardens, which included a petition.

Moe Garahan, the co-chair of the network, told CBC News it’s “wonderful to see a community voice getting recognized and [the] government pivoting towards that understanding that we all have in the food security sector.”

Anne Schnurr of Guelph said she’s thrilled community gardens have been opened up because they’re an important part of ensuring food security for people.

“Economically, it’s been useful. I’m a single-income parent and there have been years where it’s been very tight,” she said.

She is encouraging her neighbours to consider gardening near their homes, using part of all of their lawns, boulevards or planters on a balcony to grow some food. She says it can be difficult because you can’t hold a neighbourhood gathering to make plans.

“When I’m walking the dog around the block, I’m just trying to engage with neighbours as I go,” she said.

Schnurr, who has a sunroom in her house, is providing seedlings to her neighbours who are making garden beds. The neighbours are sharing gardening tools and she uses a bleach spray to clean off handles.

But Schnurr, an urban gardener hobbyist, says cities like Guelph could go even further to help people grow their own food.

Schnurr said she would love to see the city dig up boulevards to allow for neighbourhoods to create edible gardens. Guelph is known for supporting community gardens and Schnurr said she’d like to see the city take it a step further by sourcing and offering seedlings to people who want to start gardens on their properties and sharing the crop with neighbours.

“Guelph should be really leading the way, provincially, I feel, in what can happen with community gardens,” she said, adding this could be a good year to pilot a project that could carry on after the pandemic is over.