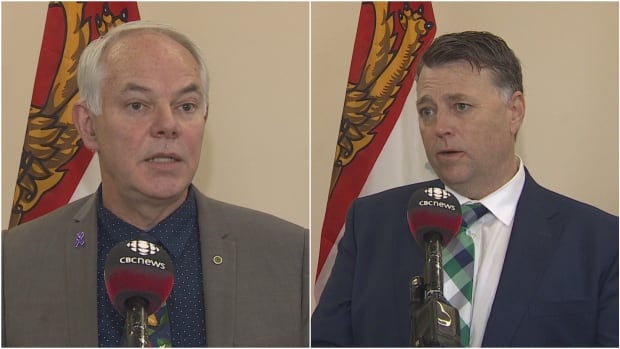 P.E.I. Premier Dennis King expressed some concerns Friday about whether or not his capital budget will pass — if it doesn’t, it would be a vote of non-confidence in the government, which would trigger an election.

King says he wants Opposition support to approve the budget, but said the tone of debate in the legislature right now suggests that might not happen.

“If we have a couple of members who are not in the house because they’re sick or otherwise, it’s very realistic that this budget may not pass because it doesn’t seem to have any support from the Opposition,” King told reporters.

“That would be a tragedy — I hope that doesn’t happen — but I think that Islanders want us to keep doing what we’ve been doing as a legislature to serve the interests of Islanders, nobody wants an election and I hope one isn’t thrust upon us.”

Opposition leader Peter Bevan-Baker told reporters that’s not something his caucus intends to have happen.

“Nobody wants an election at this time for a whole host of reasons,” Bevan-Baker said. “We have no intention of bringing government down.”

Bevan-Baker said he wouldn’t seize a moment when some PC members are absent to vote down the capital budget.

“We have no interest in doing that whatsoever,” he said, adding he doesn’t think an election is in the best interest of Islanders.

However, Bevan-Baker said the tone of debate has changed — he said the Opposition has been frustrated that it has not been getting answers to its questions on the capital budget.

“We weren’t able to provide the sort of level of scrutiny that I have become used to,” Bevan-Baker said. “It felt blocked, in the last week.

“Taxpayers’ dollars, how we spend them, is of utmost importance,” he said, adding government’s capital budget does not provide enough detail on programs it has planned, nor has government been able to answer the Opposition’s questions on projects on which they are spending tens of millions of dollars.

“I’m not going to pass that section of the budget until I know what I’m saying yes to,” he said.

King said his PC party is still trying to work as collaboratively as it did when they were in a minority position for the last year. He also said it is a “false narrative” to assume Speaker Colin LaVie will always vote with the government if he must break a tie.

“We’re just doing our best to provide the answers. If we don’t have them, we provide that information back as quickly as we can,” King said.

Debate on the capital budget is scheduled to continue in the legislature next week.