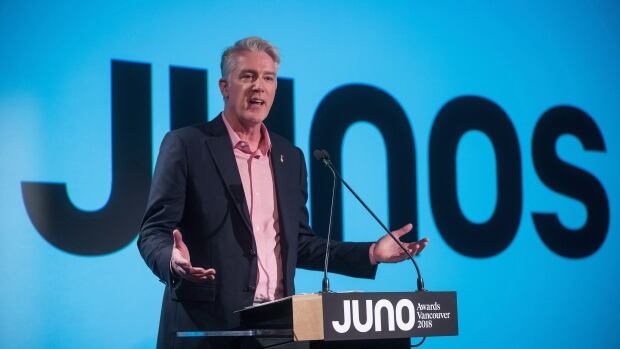 The 2021 Juno Awards are moving to May to mark their 50th anniversary.

Organizers behind Canada’s biggest night in music say the golden celebration, set to take place in Toronto, is being pushed to a later date due to the COVID-19 pandemic.

The televised show will take place on May 16, 2021, about a month and a half after its originally planned date in March.

Allan Reid, head of the Canadian Academy of Recording Arts and Sciences, says the move is intended to give artists and the local community more options to celebrate in a time when physical distancing measures are expected to still be in place.

“We also hope that the warmer weather will bring more opportunities for some unique outdoor programming,” he said in a press conference.

“The COVID-19 pandemic continues to have a huge effect on the city and our music community, but we will be resilient and live music will return, and we will be there to help in any way we can.”

The return of the Juno Awards to Toronto, for the first time in a decade, was expected to be an especially splashy affair, with many past honourees returning for the momentous occasion, which was slated to be held inside the Scotiabank Arena.

Whether any of the Juno events can be held indoors is yet to be determined, Reid said.

The organization also stopped short of announcing plans for Juno Week, a series of concerts and events leading up to the broadcast that in other years have proven to be a business boon for local bars and concert halls.

A new look for the Juno statuette was also unveiled for its anniversary.

The gold Juno will be given to Juno Award winners, while a silver version is for recipients of a special Juno prize, and a gold and silver variation is for Canadian Music Hall of Fame inductees.