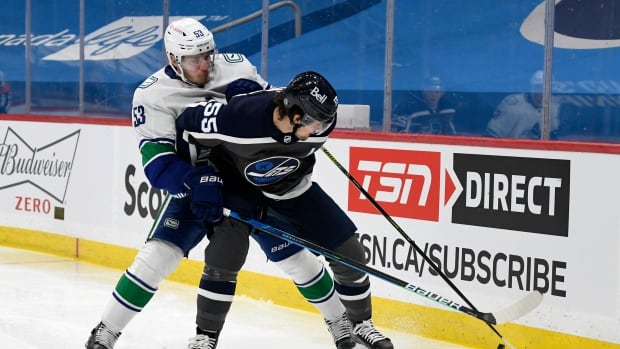 The Winnipeg Jets roared back with vengeance Tuesday, downing the Vancouver Canucks 5-2.

The result came after the home side was blanked 4-0 by the Canucks the night before.

Mason Appleton sparked the scoring for Winnipeg (14-7-1) early in the first period on Tuesday.

Kyle Connor and Blake Wheeler each added a goal and two assists, and Mathieu Perreault and Paul Stastny also found the back of the net. Mark Scheifele tacked on three assists.

Elias Pettersson and J.T. Miller responded for Vancouver (9-15-2), and Brock Boeser registered a pair of helpers.

It was a busy night for Vancouver goalie Braden Holtby, who stopped 34-of-38 shots. Winnipeg’s Laurent Brossoit had 30 saves. 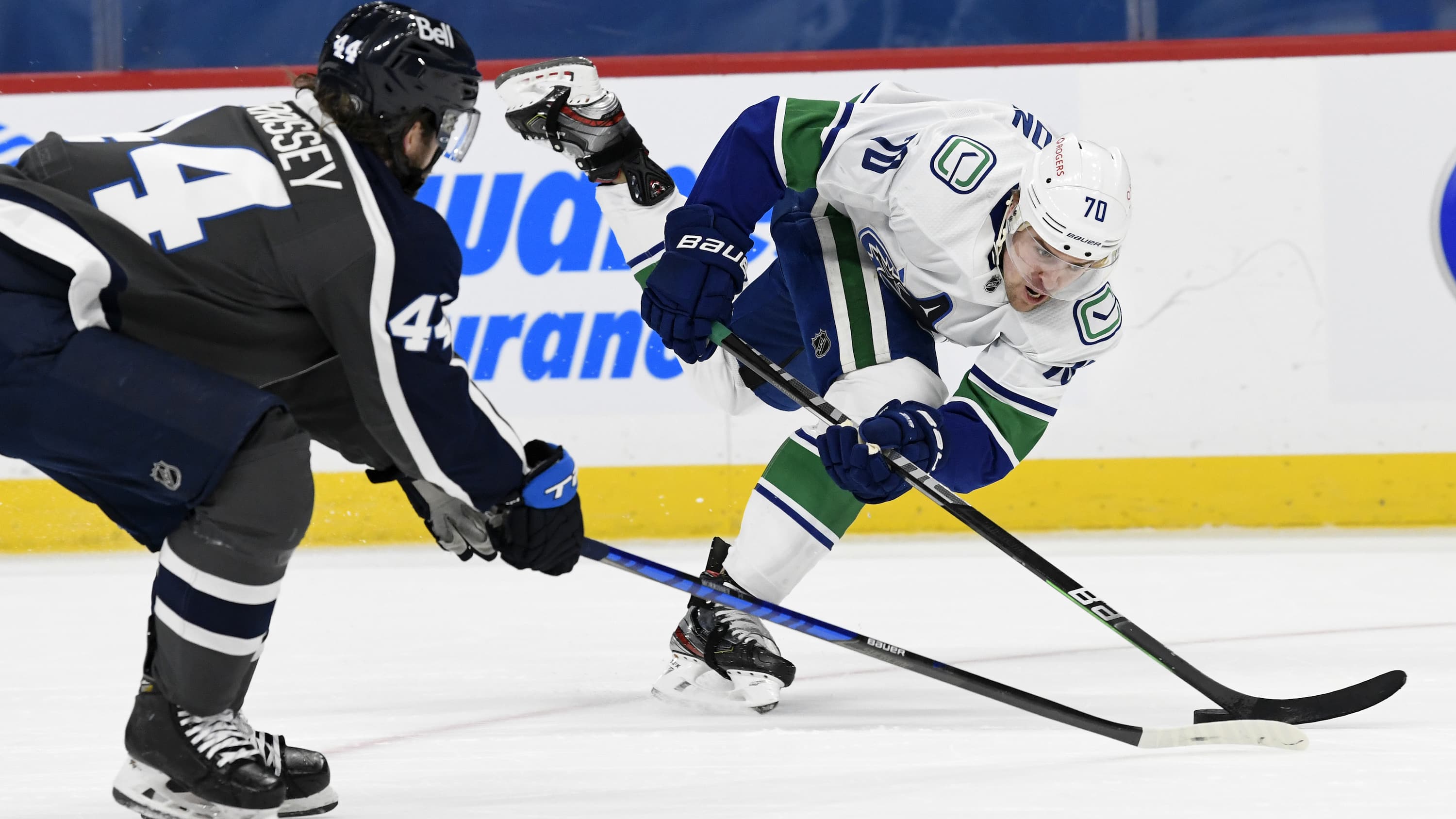 Five different goal scorers for Winnipeg in their 5-2 win over Vancouver. 1:06

The Canucks pulled Holtby with just over three minutes to go. Wheeler buried an empty-net goal with 2:10 on the clock.

Stastny gave Winnipeg some breathing room 9:13 into the third period, blasting a wrist shot past Holtby from the bottom of the slot to make it 4-2.

The Canucks were down 3-1 late in the second when they whittled the lead to a single goal on a power play.

Winnipeg defenceman Tucker Poolman was called for interference after bringing down Nils Hoglander near the Jets blue line. Vancouver capitalized with the extra player when Miller ripped a one timer past Brossoit with 4.7 seconds left on the clock.

The Canucks were 1 for 2 on the power play Tuesday. Winnipeg was 1 for 3 with the man advantage.

The Jets power-play tally put the home side up 3-1 early in the second frame.

Wheeler wove a pass through several defenders in front of the Canucks net, landing the puck on Connor’s tape. The winger released a low show, sliding the puck through Holtby’s pads.

Winnipeg’s first of the night came 5:19 into the first period. Holtby made a stop on Adam Lowry but couldn’t corral the rebound. The puck popped out to Lowry, who shovelled it into the net to put the Jets up 1-0.

It was Appleton’s third goal against the Canucks this season.

The Canucks were quick to respond. Boeser, deep in the Jets end, swept a pass to Pettersson at the top of the slot. The Swedish centre took a few strides and fired a wrist shot past Brossoit to even the score.

Some sloppy defensive play by Vancouver helped Winnipeg take a one-goal lead into the first intermission.

Brandon Sutter dove, trying to sweep the puck from the Canucks zone. Instead, it was picked up by Perreault, who waltzed in and fired a shot past Holtby with 2.6 seconds left in the period.

Both teams will be back in action Thursday, with the Canucks hosting the Toronto Maple Leafs in Vancouver and the Jets visiting the Canadiens in Montreal.