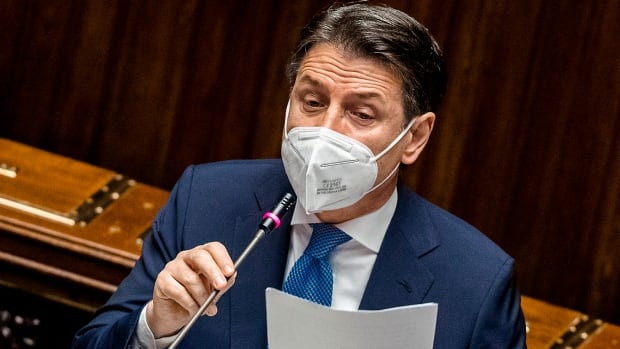 Italian Prime Minister Giuseppe Conte on Monday acknowledged errors in fighting the unprecedented coronavirus pandemic, but in a speech aimed at preserving his second mandate, he told lawmakers his government can “hold its head high.”

Conte was fighting for his political life after he lost his coalition majority with the defection of cabinet ministers belonging to former prime minister Matteo Renzi’s tiny but key Italia Viva (Italy Alive) party. Renzi has faced harsh criticism for the power play during a pandemic. But with billions of European Union pandemic funds expected to flow into the country, he has defended the move as necessary to prevent Conte from amassing too much power.

“Did we always take the best decisions? Everyone can make their evaluations,” Conte told the lower house. “For my part, I can say the government worked with the utmost care and attention for the delicate balances, including constitutional ones,” aware of the heavy implications for ordinary Italians.

“If I can speak in the name of the whole government, with head high, it is not out of the arrogance of someone who believes not to have made errors,” Conte said. “It is out of awareness of how the whole government put all of its physical and mental energy into best protecting the nation.”

He expressed perplexity at the political crisis for which he saw “no plausible basis” at a moment when “the pandemic is still in full course.”

Conte addressed the lower house on Monday, to be followed by the Senate on Tuesday. Each speech will be followed by a voice vote that is tantamount to a confidence vote. The Senate vote, where Renzi’s party has 18 members, is expected to be decisive.

Calls for his resignation

As Conte wrapped up his nearly hour-long discussion, some lawmakers held up “Conte Resign” signs. He got a standing ovation from much of the rest of the house, however.

Conte, a lawyer by training hailed for his mediation skills, was tapped by Italy’s 5-Star Movement to run the government after the indecisive 2018 election led to a governing coalition of the 5-Stars with a right-wing group led by League Party Leader Matteo Salvini.

That government fell when Salvini, then interior minister, mounted a failed power grab. Conte was able to form a new government with the support of the left-wing Democratic Party, which then included Renzi. Renzi later defected from the party he once ran, giving himself the ability to shake up the government by yanking loyal ministers.

While Conte enjoyed broad support during the first phase of the pandemic, which overwhelmed Italy first in the West after emerging in China, he has come under criticism for making decisions and policy without consulting Parliament. Renzi acted after Conte unveiled a plan to manage the EU recovery funds himself, which was widely seen as accumulating too much power.