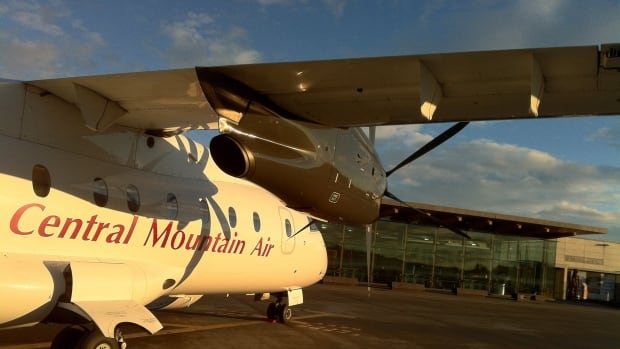 The Prince George Airport Authority braced itself for an economic tailspin when the pandemic grounded planes this spring but the president and CEO says now, despite some summer growth, it will take far longer for the airport to financially recover than initially predicted.

In a media statement released this week, the authority, which governs the non-profit airport in north central B.C., said passenger numbers are starting to show some positive growth. However, Gordon Duke, president and CEO, said it could take half a decade before the airport starts generating pre-pandemic profits.

“When COVID first hit, we planned for a rough [first quarter] and [a second quarter] with a recovery and that by the end of the year we would be close to recovered,” said Duke. “Our planning horizon now is in the three-to-five year range before we return to 2019 passenger levels.”

Prince George saw a 96 per cent drop in passengers in April and May, but the summer months have given Duke a reason to be somewhat hopeful for the future.

Three times more people travelled through the Prince George Airport (YXS) in July compared to June, he said, and while July 2020 was still 75 per cent less busy than July 2019, it is a vast improvement on previous months.

According to the airport authority, Flair Airlines began operating Sunday flights to Edmonton and Vancouver in August, and Air Canada, West Jet and Central Mountain Air have plans to increase the number of flights they operate in September.

“We remain optimistic that we are on the right track,” said Duke, who added the authority is pursuing help from all levels of government through the Canadian Airports Council and the British Columbia Aviation Council.

While the airport in Prince George benefits from some commercial flights, the Smithers Regional Airport, located about 300 kilometres to the northwest, does not.

All commercial flights in and out of Smithers, B.C. have been cancelled until October and the terminal is currently open only for charter and private plane passengers.

“It’s going to get very difficult, we are going to have to have some very serious discussions with our town council and discuss options for what we must do,” said airport manager Rob Blackburn.

An application has been filed with the federal government for a grant to work on airport improvements in Smithers, something Blackburn said would at least be an economic driver for workers in the area. For now.

“Unfortunately, there is not any light at the end of the tunnel,” said Blackburn. “We probably will see some airports go under.”

Across the province, airports are feeling the pandemic economic pinch.

On Thursday, the mayor of Dawson Creek pleaded with members of the community to book WestJet flights —scheduled to resume in the city in October —  to prove the need for the airline to service the region in the northeast of B.C.

“I honestly cannot understate the importance of this service to our community and region,” said Mayor Dale Bumstead in a Facebook post. “If we as residents and business people do not support it we will not be able to sustain it with WestJet.

According to financial reports from the Kamloops Airport, the airport had approximately a 97 per cent passenger decrease between March and June.

In Kelowna, approximately 14 daily domestic departures left the Kelowna International Airport in June — down significantly from the daily average of 48 in July 2019.

Last year, two million passengers passed through the Kelowna International Airport, making it one of the busiest airports in the country.