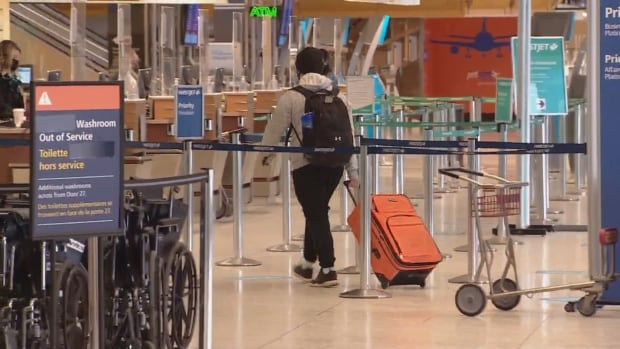 Edmonton International Airport officials are guardedly optimistic about the expansion on February 1 of the COVID-19 international border testing pilot program.

Currently the pilot is only available to eligible international travellers arriving at the Calgary airport and the Coutts land border crossing.

Those participating in the program entering Canada will have to show proof of a negative test — taken within 72 hours before the flight — before being allowed to board the plane destined for the province.

Once they arrive in Alberta, they’re tested again and must quarantine for 48 hours. If the second test result comes back negative, they can leave quarantine as long as they remain in Alberta for the first 14 days and get a followup test a week later.

“We believe this is a great program,” EIA vice president Steve Maybee said. “We have to put these in place so when travel does come back and people are encouraged to travel again, that we have the right programs in place to make it safe.”

Currently, both the federal and provincial governments are discouraging unnecessary travel. Maybee said the EIA isn’t encouraging people not to follow the advisories.

“We’re not suggesting or encouraging travel right now,” Maybee said. “We’re following along with what the government restrictions and mandates that are in place.”

Edmonton travel agent Lesley Paull thinks the expansion of the pilot program is a sign of better days ahead for local travellers.

“I think it’s just going to give people more encouragement to go,” she said. “We don’t have as many flights as Calgary has, so we’ll probably be starting a slower process, but hopefully with testing here, that will bring us more non-stop flights back.”

The testing is free of charge for eligible participants and the pilot will run until 52,000 people have been tested.

No international flights for six months in 2020 at EIA

EIA said 2.6 million people went through their airport last year, compared to 8.1 million the year before, for an overall drop of 67.7 per cent.

There were no international flights at all between April and September and flights to the United States were down 78.5 per cent. There was also a 70 percent decrease in domestic flights coming in and going out of the Edmonton airport.

The travel agent summed up her business in one word.

“Brutal,” Paull said with a laugh.

But she hopes pent up demand will lead to change.

“We’re doing so many bookings for 2022 now, and even the end of 2021,” Paull said. “I think that people are so anxious to get out of here. They’re really quite sick of the whole thing.”