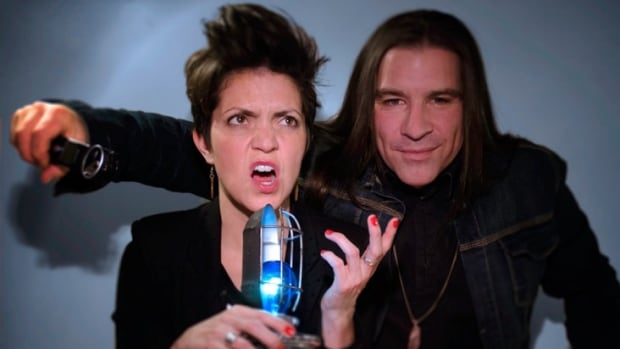 A Calgary playwright is the winner of a prestigious national theatre award that comes with a prize of $100,000 to split between her and her chosen protege.

Tara Beagan, who is a member of the Ntlaka’pamux Nation, has been named the 2020 laureate of the Siminovitch Prize, which recognizes excellence in theatre and the importance of mentoring upcoming playwrights.

“I really feel like this is a celebration of the brilliant and beautiful Indigenous theatre community that I have the privilege of working with,” she told The Homestretch.

“It’s an exciting thing to suddenly have (Indigenous playwrights) be on the radar. Even to my experience it wasn’t something I paid attention to too often because we’re seldom acknowledged in this enormous of a realm.”

“The enormity of this prize makes me take a look back at, you know, the 32 plays I completed and the seven that I still have in the works. [It] made me go, ‘OK, now that’s all paid work.'”

She was also able to pick a protege and award them $25,000 for their efforts.

“There are so many up and coming artists right now in the Indigenous community who are just making the world a better place.”

“She’s one of these young people who is so incredibly bright and she also has that rare gift that becomes rarer, it seems, by every passing moment — but she has such humility,” Beagan said.

“So this is a little boost for her during a time when everybody really needs one.”

Beagan says storytelling has always occupied her mind, and that once she committed to writing them as a craft, she found ancestral stories began to speak to her.

“I collaborate very closely with family members, who hold our stories, and always reach out to the brilliant artists to embody those roles as actors,” she said.

Beagan was recently chosen as the playwright in residence at the Prairie Theatre Exchange in Winnipeg, and says her production combines the issues of climate change and missing and murdered Indigenous women (MMIW).

“A lot of the teachings that I have been fortunate enough to receive over the years is that the state of the land is directly relational to the state of Indigenous people and especially Indigenous women and girls,” she said.

“My play looks at the impact of climate change and how that’s reflected in the missing and murdered Indigenous women and girls problem — an enormous, ongoing tragedy in this country.”

Beagan also co-owns a theatre company called Article 11. After a recent partnership with the theatre project, Making Treaty 7, they plan on holding a variety of productions at The Grand theatre in March.

“There’s going to be all kinds of brilliant performers in it — all Indigenous, all powerful and motivated by love.”

And if you can’t catch any of her show’s in-person, you can also download her play The American from Veritgo Theatre.

With files from The Homestretch.