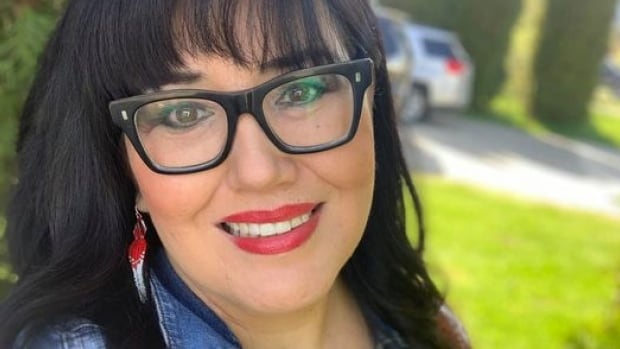 An Indigenous leader seeking the provincial NDP nomination in northern B.C. wants the party to stick to its equity policy despite what that would mean for a potential star candidate for the riding.

Annita McPhee, who served three terms as the president of the Tahltan Central Government for the Tahltan Nation, says she is seeking the nomination for Stikine, one of the two most northerly ridings in the province, for the next B.C. election.

Her public announcement on Saturday comes after current Stikine MLA Doug Donaldson said he would not seek reelection for the riding, but after former Member of Parliament Nathan Cullen disclosed his plans to claim the nomination.

“I want to offer my energy and experience to help,” he said in a Twitter post on Thursday.

McPhee says his bid should be nullified, however, if the party sticks to an equity policy in place to nominate more diverse candidates.

The equity rule states if a man retires from an NDP-held seat in the province, that man’s replacement must be a woman or an “equity-seeking” man; for example, a man who is a visible minority, a person with a disability or someone from the LGBTQ community.

A spokesperson for McPhee says if her nomination is vetted and accepted, “then we would expect the equity policy to stand.”

A statement from NDP president Craig Keating said that the equity policy is not an absolute.

“In certain instances, despite extensive candidate searches, our regulations permit allowances for other candidates to be considered for nomination,” the statement said.

To be an approved candidate for the party, an individual must be a member in good standing, have completed a set level of fundraising, submitted a personal disclosure statement and completed other background checks.

The statement said that, so far, multiple people have expressed interest in seeking the B.C. NDP nomination in Stikine.

The B.C. NDP’s equity policy has created friction in the past.

In 2016 questions were raised about the effectiveness of the policy following the nomination of East Kootenay candidate Gerry Taft.

Taft, who was the mayor of Invermere at the time, won his nomination in the riding of Columbia River-Revelstoke when MLA Norm McDonald retired.

Taft, a white man with a female partner and young son, did not appear to meet the party’s equity rule although he claimed minority status with party approval.

He later, with some reluctance, disclosed he is bisexual.

McPhee says her experience will benefit Stikine, which she says has the second highest percentage of Indigenous peoples of all the provincial ridings.

Her release listed support from several First Nations leaders in the riding.

“It’s an opportune time for an Indigenous woman from our homelands to represent us in government,” said Chief Glen Williams from Gitanyow.

It was an incredible honour to serve as MP for Skeena from 2004 to 2019.<br><br>We are now living in unprecedented &amp; challenging times. I want to offer my energy &amp; experience to help.<br><br>Today I’m excited to announce my bid to become the candidate for the BC NDP riding of Stikine <a href=”https://twitter.com/hashtag/bcpoli?src=hash&amp;ref_src=twsrc%5Etfw”>#bcpoli</a> <a href=”https://t.co/73tzrbaXub”>pic.twitter.com/73tzrbaXub</a>

Cullen represented the federal riding of Skeena-Bulkley Valley from 2004 until 2019.

He was previously hired by the B.C. government to work as a liaison between the province and the Wet’suwet’en hereditary chiefs during the protests over the Coastal GasLink pipeline.

He is the third former federal New Democrat to announce they’re running for the B.C. NDP in the next provincial election.

There has been speculation that Premier John Horgan will call an early election after he recently said the circumstances have changed since the NDP struck an agreement with the Green caucus three years ago to form a minority government.

The next election is scheduled to be held in October 2021.