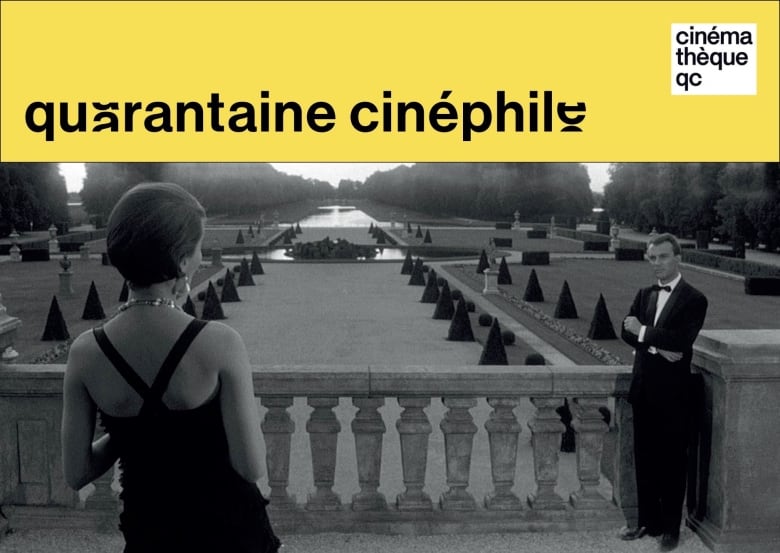 I went to the movies last week. Or at least I tried to. I darkened our living room as best I could at 4 o’clock in the afternoon and pushed our couch a little bit closer to the TV, hoping the screen might feel bigger. We were running low on popcorn, so a teacup full of roasted soybeans had to do. Then I purchased a ticket from Toronto’s Paradise Theatre for one of its new virtual screenings, settled into my seat and hit play.

The romantic experience of cinema — you know, joining strangers in a dark room to be together transported by the moving image — this was not. But right now, it’s about the best we can do.

Theatres of every size have been forced to close indefinitely to stop the spread of COVID-19. Many operators fear business might not return until a vaccine is available, which could be another 18 months or longer. Meanwhile, the rent bills pile up, threatening more permanent closures. The shutdown punctuates what’s already been a multiyear slide in theatre attendance, as the silver screen loses share to the numerous other screens around us. More than one Canadian newspaper headline in recent weeks has questioned whether this would mean the death of the cinema. And through the turbulence, independent theatres — long stalwarts for the public art experience — have now turned to virtual platforms, usually considered their chief threat, as a way to serve and perhaps to survive.

Montreal’s Cinémathèque québécoise, for example, is continuing its mission to promote local, national and international cinema by moving its curatorial function to Facebook. Each day, its programmers recommend a title related to the conservatory’s work and share a link where the film can be viewed for free. Programming director Guillaume Lafleur says that over the past couple years, Cinémathèque québécois has restored and digitized a large number of 16mm and 35mm Canadian films from its collection. The “Quarantaine cinéphile” series represents an opportunity to “open the vaults,” he says, “and give these films another life.”

Toronto’s TIFF, which had already partnered with Crave TV bringing select festival titles to the streaming platform, has begun curating favourites from the Crave catalogue and conducting Q&As over Instagram Live with the stars and makers of the films. TIFF’s Stay-At-Home Cinema has thus far featured Mandy Patinkin with The Princess Bride, Sarah Polley with Away From Her and Catherine O’Hara with Beetlejuice. Viewers are invited to tune into the Q&A, then watch the film together on Crave (which is offering one month free for new subscribers), sharing reactions on Facebook and Twitter. Stay-at-Home Cinema is using these familiar online tools, explains TIFF artistic director and co-head Cameron Bailey, to preserve the “collective emotional experience” special to film. He isn’t yet sure of precise audience figures, but the day after he interviewed Inigo Montoya on Instagram, he noticed that The Princess Bride, a 33-year-old movie, was trending on Crave.

Cineplex, Canada’s largest theatre chain, is also successfully ushering audiences online. The company has been offering digital rentals and purchases for 10 years now, but that business has “more than doubled” since the company closed its 165 theatres nationwide on March 16, says director of communications Sarah Van Lange.

Now, with crucial help from distributors, indie and rep theatres — whose survival depends entirely on ticket sales — are also attempting to go virtual. American distributors Kino Lorber and Film Movement quickly offered releases and, crucially, viewing platforms to exhibitors, as well as a 50 per cent stake in ticket sales. That means you can go to the website of your favourite cinema — say, Paradise in Toronto, Cinéma Moderne in Montreal or Vancity Theatre in Vancouver — and watch Chinese neo-noir The Wild Goose Lake or the Oscar-nominated Corpus Christi from your couch while directing ticket money at your preferred theatre. Each week, more distributors are cobbling together similar deals to offer fresh titles.

Jean-François Lamarche, assistant general director of Cinéma du Parc, Cinéma Beaubien and Cinéma du Musée in Montreal, says a film like the Cannes winner Bacurau was made to be seen on the big screen, and that experience is still his theatres’ mission — but these at-home viewings represent a way for cinemas to continue to deliver unique programming, as well as a way for patrons to continue to support their theatres.

Virtual ticket sales have been modest so far, says Cinéma Moderne interim director Aude Renaud-Lorrain. Over the initial week, they made up about a fifth of one regular day’s revenue, she estimates. Right now, “the sales are symbolic,” Renaud-Lorrain says, but if theatres are required to remain closed for a few months, “maybe it won’t be symbolic anymore; maybe it’s what’s going to make all the difference.” Opening the virtual theatre may actually help reopen the physical theatre in the end.

Once restrictions are lifted, Renaud-Lorrain says it’s not her goal to continue online screenings. But that doesn’t mean she’s opposed to the idea. Though she is a staunch believer in that romantic idea of the shared experience the theatre offers, she recognizes also that “it’s more or less evident that people are going to consume more cinema online.” Vancouver International Film Festival programmer Tom Charity envisions theatres, distributors and audiences embracing movie-going and online viewing more symbiotically. “The pandemic may have saved us ten more years of futile resistance to new ways of thinking about, paying for and experiencing film,” he says.

In the meantime, the Dunbar Theatre in Vancouver has taken an entirely different tack. Owner Ken Charko says he’s working on virtual screenings, sure, but the business that’s paying his rent and keeping his staff employed right now is takeaway concessions. He’s making enough in popcorn and candy sales, he says, to weather the storm for three to six months. He knows the community might not presently be able to visit the Dunbar for a flick, but that doesn’t mean his theatre can’t still help them better enjoy whatever they’ll be watching at home.

Some operators question the psychological impact of the crisis. This is the unknown that jeopardizes the very premise of the cinema: will strangers still want to sit together in the dark once this is all over, especially when there’s so much to watch at home? But TIFF’s Bailey predicts that when it’s safe, people will “flock” to theatres.

“We have this human need to connect with each other that’s not going to change,” he says. “That does not go away. That’s built into us.”

CBC Arts understands that this is an incredibly difficult time for artists and arts organizations across this country. We will do our best to provide valuable information, share inspiring stories of communities rising up and make us all feel as (virtually) connected as possible as we get through this together. If there’s something you think we should be talking about, let us know by emailing us at [email protected]. See more of our COVID-related coverage here.