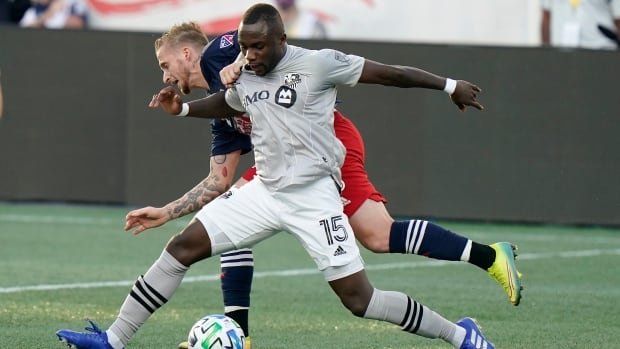 The Montreal Impact lost their third straight game Wednesday as they dropped a 3-1 decision against the New England Revolution at Gillette Stadium in Foxborough, Mass.

Defender Henry Kessler scored his first-ever MLS goal in the first half. Gustavo Bou then doubled the home team’s lead in the 49th with his third goal of the season. Diego Fagundez put the game firmly out of reach in the 65th with his first of the season, and his first since July 2019.

Lassi Lappalainen scored Montreal’s lone goal of the game. New England’s result was its first home victory of the year.

In addition to three consecutive losses, it’s the Impact’s second loss to the Revs this season. Montreal lost 1-0 to New England in July. The Impact edged the Revolution 2-1 in February, prior to the season coming to a halt. The team also lost forward Orji Okwonkwo to injury in the first half.

New England outchanced Montreal in the match and provided looks on net from the early stages. The Impact thwarted away a chance from the Revolution in the ninth minute when ‘keeper Clement Diop redirected a Kelyn Rowe header over the bar off a corner kick.

Impact forward Bojan gave his team the best chance of the half in the 21st minute when he fired a chance from outside the penalty area. Revolution goalkeeper Matt Turner saved his shot from distance.

Gustavo Bou’s goal early in the 2nd half was the game winner as New England Revolution defeats Montreal Impact 3-1. 1:09

Montreal lost Okwonkwo to a hamstring injury in the first half. He was replaced by Lappalainen in the 27th minute.

Revs defender Alexander Buttner was also injured in the first half. DeJuan Jones subbed in for him near the 30-minute mark of the match.

New England’s Andrew Farrell picked up a booking in the 41st minute after fouling Bojan.

The Revs scored the first goal of the game in the second minute of stoppage time in the opening half. Lee Nguyen, off the Revs’ seventh corner kick, crossed the ball into the box. It went off a head before hitting Kessler’s chest.

While fending off Impact midfielder Samuel Piette, he fired the ball into the back of the net.

It took nearly four minutes into the second half for the Revolution to add to their lead. Gustavo Bou fired a shot past Diop and into the far left post.

Impact defender Luis Binks received a yellow card in the second half after keeping his foot on Bou while he was down. He avoided a second booking, which would have led to a fourth straight game where the Impact were forced to play with 10 men.

Lappalainen scored the Impact’s lone goal in the 86th minute of the match after taking a long pass from midfielder Emanuel Maciel. He then sprinted with the ball towards goal and beat Turner.

The Impact were without midfielder Saphir Taider, who injured his thigh in training Tuesday, and forward Romell Quioto, who was red carded against the Philadelphia Union Sunday.

19-year old Karifa Yao made his first ever start on the Impact backline.

NOTES: Kessler’s goal marked the end of a strange trend of sorts for the Revolution. Only four other players had scored for the Revs until Wednesday. All four goal scorers had a surname beginning with the letter ‘B’.