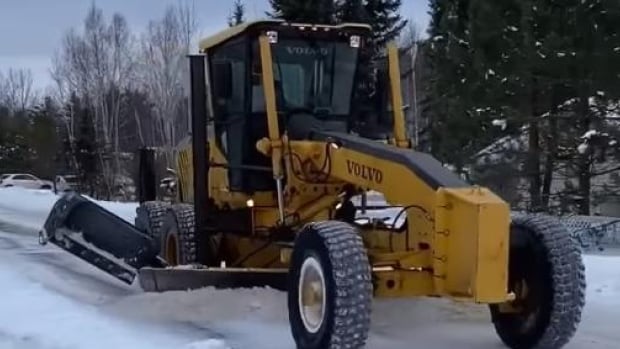 The next time it snows in Ignace, Ont., homeowners won’t have to shovel what the grader has left behind.

The township, about 250 km west of Thunder Bay and a population of about 1,200, bought a ‘snowgate’ for its grader.

The piece of heavy equipment used to plow the roads in town, will have a gate that lowers on the end of the blade, blocking snow from filling the mouth of the driveway.

“We’ve had it out, and tested it out a couple of times, scraping down the main roads,” said Petrina Taylor-Hertz.

“This will alleviate the windrow, or all that large pieces of ice at the end of your driveway.”

The gate cost $15,000, and is easy to operate, Taylor-Hertz said. The operator of the grader flips a switch, and the gate lowers when going in front of a driveway. Once past the entrance, the gate comes up, pushing snow to the side of the road.

“A couple of our department heads got together, and talked about getting a snowgate for the snowplow, or the grader attachment, and it has alleviated a lot of problems for our elderly residents in our community, by taking the windrow away at the end of the driveway.”

“In the big scheme of things, I believe it was money well spent,” she said, with the township getting positive feedback thus far. She said communities from across the country were contacting Ignace to ask about the device.

The township also purchased a similar device for its front-end loader, which will also keep windrows away from the end of driveways, she said.