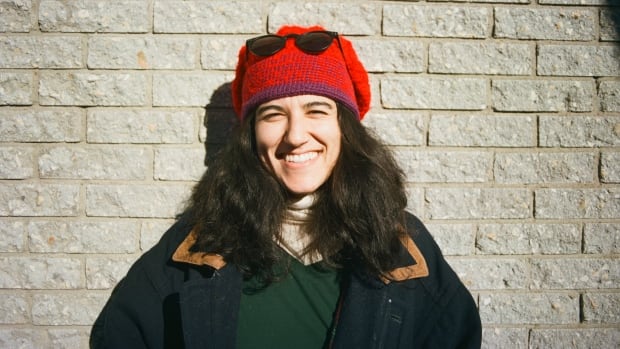 I walked down Ste-Catherine Street in April 2011, baffled by the fact that there was still snow on the ground. It was my first time in Montreal, but there was a sense of familiarity on this very busy street. It reminded me of Istiklal Caddesi, one of the oldest commercial and cultural districts in Istanbul. I had grown up going to different protests with my parents, and most of them took place on Istiklal Caddesi.

When I started university in the fall, the student protests were heating up because of a tuition hike. Even though I felt too foreign and new to engage with the protests in a meaningful way, their existence was somehow comforting. It made sense to me, like the city spoke a language that I understood.

For the next four years, it was a cycle of back and forth between the two cities. At first, I found comfort in my rhythm of movement. Every time I went back to Istanbul, it felt like I had never left, and the same feeling was true every time I got back to Montreal. As a student, my status was clear, my reasons for being here were clear. Whenever someone asked what I was doing or what brought me there, I simply answered “I am a student.” However, over time I started finding myself in oscillation between feeling like I belonged in both places and feeling like I belonged in neither.

This feeling is still true, even after living in Montreal for a decade. It might continue to be so for the rest of my life, but that is OK.

After graduating, my answer to the same question started to complexify. Trying to understand my relationship to Montreal was entangled in many other structural and personal reckonings. Sometimes I simply answered, “because I love Montreal.” But that didn’t feel like a legitimate reason (legitimate according to whom, I don’t know). There is a global hierarchy in geographical mobility, and with a Turkish passport I grew up having to justify my reasons to travel (at visa offices, at border checkpoints, etc.) So now when I try to rationalize why I live in Montreal, a simple “Because I want to” doesn’t seem enough.

I was no longer a student in this city, but an immigrant, and simultaneously aware that I am being perceived in that way. After years of humanities education, I sometimes still struggle with unlearning this internal need to justify my presence here, justify the relevance of my experience, justify my claim to have a say in what happens.

Understanding my relationship to Montreal, what the city means to me, has been a slow process.

One of the things that marked this shift was trying to stay in a city where it feels like everyone is always leaving, though perhaps this is a more common experience for English-speaking Montrealers. Even though the majority of English speakers in Montreal are actually allophones, like myself, people who operate in their second, third or fourth languages daily.

As one of the people who run a popular Montreal Instagram account put it in an interview, Montreal is “simultaneously stuck in the past and caught in a state of perpetual adolescence.” This idea that Montreal is where you go to find yourself, and once you do, you leave, is familiar to me.

Having arrived here at age 18, by myself, my adulthood was very much shaped by my experiences here. This place of creative opportunity, where you feel the weight of the capitalist machine a little less than other places. It is a city of ephemeral moments, of transience and very real struggles.

Because I didn’t grow up in the Canadian education system (though no government education in the world can be said to provide a comprehensive account of history) it was a lot of reading, watching and talking to other people that allowed me to move beyond being a visitor or voyeur standing on the outside, to begin making sense of my position here.

It is important for me to know the word Tio’tia:ke and to participate in the struggle for justice for missing and murdered Indigenous women. I am all too familiar with the ongoing femicide in Turkey, where in 2019 alone, 474 women were murdered. These threads pull across oceans and mountains.

For me, marching in the street is just as big a part of being a Montrealer as sharing in the euphoria of the arrival of summer on those first warm and sunny days, hanging out at one of the numerous parks with some friends or sunbathing in 12 C April weather and seeing the joy on people’s faces walking down the street.

After 10 years of living here, I am finally starting to feel like I can participate, despite the lingering feeling that someone might respond with an insinuation for me to leave “their” country if I don’t like it.

I feel a shared stake in the future of this city; I feel at home buying bread from the bakery by my house, saying hello to the owner who is always there. I feel implicated in the good and the bad.