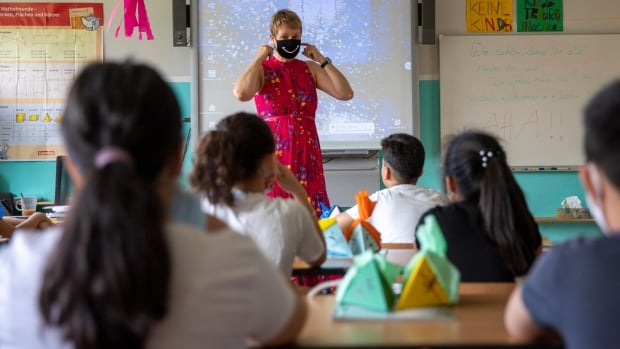 Hamilton-Wentworth District School Board is set to undergo a “massive reorganization” in elementary schools after learning there are 1,700 fewer students enrolled in classes than previously calculated, about half of whom are turning to homeschooling.

To put that number into perspective, HWDSB’s prediction about fall enrolment might be off by 100 or 200 students in a normal year, says director Manny Figueiredo. A difference of 1,700 students, he said, is “unprecedented.”

About half of those students are in kindergarten, Figueiredo said. The other half is mostly made up of families across Grades 1 to 8 who are opting for home schooling instead of in-person or online learning. There are also some who still think it’s too early to have kids return to school.

The change in numbers will force classes to converge with each other, he said. It also means some full-time educators will be declared surplus from their current roles and move to different classes or schools.

It will also lead to the roughly 190 part-time educators hired using reserve funds to return to the occasional teachers list, he said.

Ultimately, students and families will need to re-adjust once again during the COVID-19 pandemic.

Hamilton’s Catholic board has between 275 and 300 fewer students enrolled than was anticipated according to Pat Daly, the board’s chairperson.

The school board normally does reorganization in late September or early October, he said. But this year, it will finalize changes by Nov. 3 because of the constant reorganization that took place throughout most of September.

In an email to educators on Wednesday, Figueiredo called the past eight months the “most challenging in my 25 years of education.”

There’s another factor to consider by Nov. 3, he told CBC News in an interview Thursday. The board will need to accommodate the number of students who have decided to switch between in-person and online learning.

“I don’t like for kids that they develop relationships in their class or with their educator, and some of those will have to change as we reallocate our resources … this is the COVID-19 factor that we have to adjust,” Figueiredo said.

“I’ve been surprised by how resilient the students have been. I was worried about how they’ll wear masks, how they’ll get through the day, but I’ve been so impressed by how parents have prepared them for school.”

Megan Turner, a mother of four HWDSB students, said she pulled her kids out of in-person learning as she watched the number of COVID-19 cases in local schools and across the province climb.

“My son has bad asthma, I have a low immune system and we have a two-year-old, so I didn’t want to take the chance,” she said.

But she pulled them out before the board offered parents time to switch between in-person and online classes. Three of her kids haven’t been able to re-enrol into HWDSB for online learning, which has made trying to teach them at home stressful.

One of her kids is still technically an HWDSB learning online, but Turner hasn’t been able to access the board’s Parent Portal to help get her other children school resources.

“The school board just got me completely frustrated.”

Figueiredo said HWDSB has been reaching out to families to figure out why they aren’t attending classes.

Unions have questions about reorganization

The main priority throughout all of this, he added, is to ensure students’ safety.

Despite some classes converging, students will still be spaced one metre apart. Figueiredo said the average number of students per class — 21 — is also unlikely to change.

While Figueiredo is confident in that assertion, Jeff Sorensen, president of the Hamilton-Wentworth Elementary Teachers’ Local union, said every educator he has spoken has said their classes are larger than they were before.

“I don’t see how that can’t occur without the same number of students being in fewer locations … classes will be more crowded than they were before,” he said.

Sorensen also said it destroys the notion of student cohorting in schools.

“When classes are reorganized, all the students are going to be mixed up … All the cohorts that existed from September to October have the potential of not existing anymore.”

It will also disrupt educators’ routines.

But Susan Lucek, president of COPE Local 527, which mainly represents education assistants, said her members still have no idea how reorganization will affect them.

“The teachers and designated early childhood educators have already heard who has been surplussed and they have to make their choices by 4 p.m. We have heard nothing, other than there have been surplusses …we don’t know where [we’ll go], we don’t know when,” she said in a phone interview on Thursday.

“We’re the front-line workers. We work with the most vulnerable students and it seems like we’re always an after thought … These students [with special needs] are also being missed out on,” she said in a phone interview.

Despite the unknowns, Sorensen doesn’t blame HWDSB for all the changes.

“This all could have been avoided if Doug Ford properly funded education back before the school year started,” Sorensen said.

“I don’t know how anything that happened between Doug Ford’s first announcement [and now] is ever going to result in kids or staff being safer … It’s a cruel joke.”