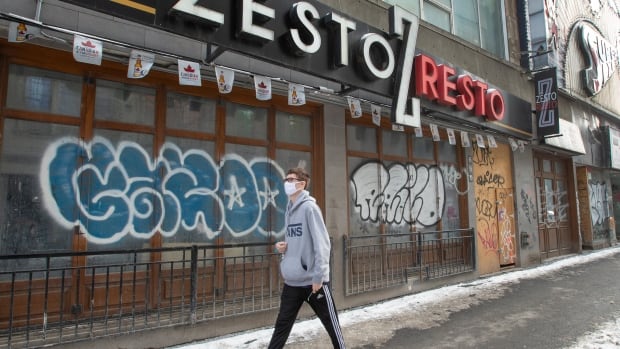 The Roaring ’20s was an era of economic growth, technological advancement and general exuberance — a time when people were finally able to let their hair down after a grueling four years of war.

Montreal could soon move into a similar period of post-catastrophe prosperity, and Richard Shearmur, the head of McGill University’s urban planning department, believes the city’s downtown could flourish if the city prepares well for the return to normal life after COVID-19.

As restrictions gradually lift, Shearmur said people will be looking to release energy that has been pent up for more than a year.

The city must be ready to capitalize on what will likely be an influx of shoppers, diners and entertainment seekers, he said, “as soon as we are all vaccinated and things get back to some sort of normal.”

Boosting public transit and accessibility to the city’s centre while making downtown more pedestrian friendly, without ostracizing people using cars, will be key to once again attracting the crowds that once flocked to — and spent money in — Ville-Marie, he said.

In a report Shearmur co-authored with Ugo Lachapelle, a professor with the Université du Québec à Montréal’s department of urban studies and tourism, they argue that the graffiti and empty offices currently found in the downtown core will not last long.

Shearmur said their study, which looked at workplace changes between February and the summer of 2020, found that, though there was a decline, the pandemic did not drain downtown of all its daily commuters.

People who work in fields such as medicine, manufacturing and distribution stayed on the job throughout the pandemic.

More than 1,000 people were interviewed, and the researchers learned that the traditional nine-to-five business model had begun to erode even before the pandemic; many people were spending part of their week working outside the office.

“The first impression was that people really liked working at home.” he said. “But as the interviews went on, it became evident that there were many things that didn’t work very well from home.”

There were inefficiencies in communication and idea exchanges, Shearmur said. Also, many simply missed the social aspect of being at the office, he added.

While work weeks will likely continue to be flexible, people will be returning downtown to work for much of the time and downtown needs to be ready, he said.

Along with finding new ways to attract people to downtown and keep them there, the city should also loosen restrictions that limit use of vacant building space to allow more creative use of empty storefronts, Shearmur said.

As positive as Shearmur is about the future, the current situation is pretty grim.

A recent study by the l’Institut de développement urbain (IDU) found a 12.4 per cent office vacancy rate downtown, with vacancies more prevalent on quieter side streets.

This shows that companies in more prestigious buildings have “proven more resistant to the crisis than those in cheaper buildings, which are generally small companies or start-ups,” said Jean-Marc Fournier, the chairman and CEO of the Institut de développement urbain (IDU).

The Chamber of Commerce of Metropolitan Montreal estimates up to 20 per cent of downtown merchants will close because of the pandemic. The tourism, the hospitality sector and museums have also been hurting.

Though the situation looks dismal, Glenn Castanheira, the executive director of downtown Montreal’s merchant’s association, is among those with high hopes. Overall, he said, workers want to return to office life and the importance of the “downtown experience” should not be underestimated.

“Despite the worst conditions affecting us at the moment, we have a promising future and we are still very far from disaster,” he said.

Montreal’s plan is in the works

Within the coming weeks, the City of Montreal should reveal its plans for a $10 million fund earmarked for the revitalization of the city centre. Quebec is also contributing a portion of the $50 million it set aside for downtown areas across the province.

Montreal has never had such resources ready to invest in revitalization, said Luc Rabouin, the executive committee member in charge of economic and commercial development.

Since the early days of the pandemic, he said, the focus has been on ensuring the survival of businesses on the short term. Now that officials can dare envision a COVID-free future, Rabouin is certain his team will be able to rebuild a thriving downtown.

The administration is experienced and eager, with more funding available than ever before, he said.

“We have time. We know what we can do and what we cannot do,” said Rabouin.”I am certain downtown will remain the  cultural and economic heart of Montreal and the rest of Quebec.”