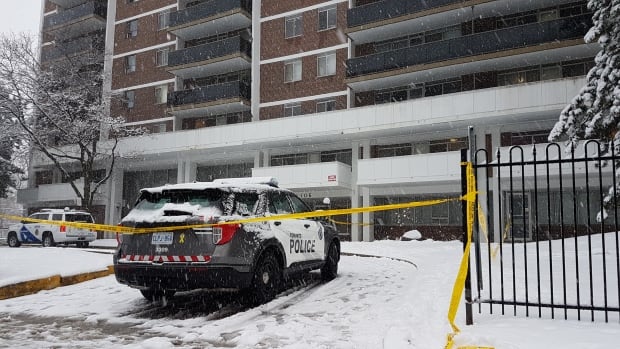 Toronto police’s homicide unit is investigating after a woman died in a stabbing in the city’s east end on Sunday.

According to Const. Ed Parks, calls came in around 1:30 p.m. for reports of a stabbing in the area of Victoria Park and Lawrence avenues.

She was transported to hospital, where she later died.

Toronto police were able to locate and arrest a male suspect, who had a knife. He now remains in police custody.