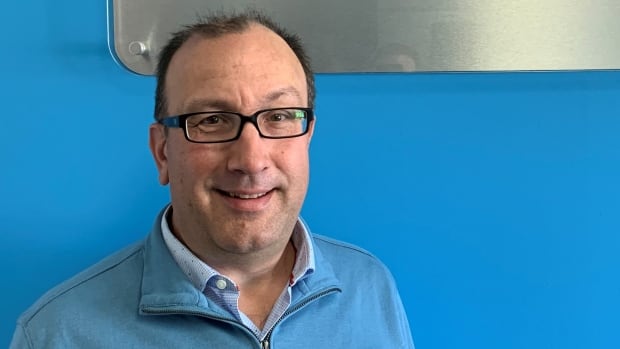 A company that cares for people with developmental disabilities has filed a human rights complaint against the Town of Stephenville, accusing it of discriminating against its client.

Brent Meade, a spokesperson for Momentum Development Support, says the town is using a parking issue to prevent his client, an adult who requires 24-hour care, from living in a rented home on a small residential street.

“I think there’s a misunderstanding of who we are and how we work with vulnerable populations. I think that that’s why there is for some reason, neighbours who unfortunately have a misperception of what goes on in these homes,” Meade said. “I think that leads to people having the ‘not in my backyard’ syndrome going on.”

The individual, who cannot be named because of privacy issues, is under the care of Western Health and doesn’t have any family available to look after them. This summer, the health authority contracted Momentum to provide care for this person in what it calls an individual living arrangement, where the client lives in a residential home that is staffed 24 hours a day.

Meade said everything seemed fine when the client moved into their new home last month, but then they were told they needed an occupancy permit. In Stephenville, whenever anyone moves into the town or moves to a new neighborhood, the town requires an occupancy permit. Meade said he had never heard of it before but told it was only a matter of completing the form, paying the fee and having it sent to the fire department, which would ensure the home was safe.

But instead of being approved by the fire department, the application was flagged to town council and Meade’s client was denied a permit to live in the home, after council voted on the matter at its Aug. 27 meeting.

Meade says the company received a letter from council citing complaints from some residents streets about increased traffic and parking.

Increased traffic was an exception: Meade

Meade said he called Susan Fowlow, head of the town’s planning and traffic committee, to explain contractors had been there completing renovations to make sure the home suited the individual’s needs and that at one point there was a staff meeting at the house as well.

He acknowledged that would have meant extra vehicles on those days but said they were exceptions. Aside from shift change, said Meade, there would be no more than two caregivers in the home at one time and there was enough room in the driveway to accommodate three cars.

He said he also cleared up some misconceptions about what it meant to live in a home with 24-hour care.

“I explained to her the the type of work we do, the fact that this type of care has been provided throughout Stephenville by a number of different providers and that our work is no different than that is occurring in many other homes in Stephenville,” he said.

“Once I did do that, she clearly indicated to me that there was a misunderstanding [and said] she would bring it back to council and that she would certainly move to rescind the original decision and seek approval for a permit.”

Meade also gave the councillor a letter promising they’d abide by all parking regulations and would explore widening the driveway to fit more vehicles.

When the motion was presented at the Sept. 10 meeting, Coun. Maurice Hynes, who lives in the area, also presented a letter, one from people on the street who said they were still concerned about traffic and parking.

Hynes told council the neighbours felt they should have some input on whether a company like Momentum has a right to be on the street in the first place.

The councillor told CBC News the decision had nothing to with discriminating against Meade’s client.

Before the vote on the motion, council discussed whether Hynes was in a conflict of interest, defined under provincial legislation as when a councillor or a family member has a financial stake in the matter being discussed or if their interest in the issue is specific to them as opposed to an interest they share with other citizens.

Council decided there was no conflict and Hynes was allowed to vote. The occupancy permit was struck down again in a 4-3 vote.

Meade was dumbfounded when the permit was denied again and said people don’t understand why his client has a right to live in that neighborhood regardless of the level of care they need.

He said Momentum provides this kind of care for people all over the province. According to Western Health, there are 20 individuals across the region, five of them in Stephenville, who live in residential neighbourhoods.

Momentum has filed an appeal with the regional appeals board as well as a complaint with the provincial Human Rights Commission.

The client is allowed to continue living in the home until a ruling is made. In the meantime, Meade says, they’ve turned part of the front yard into more parking spaces.