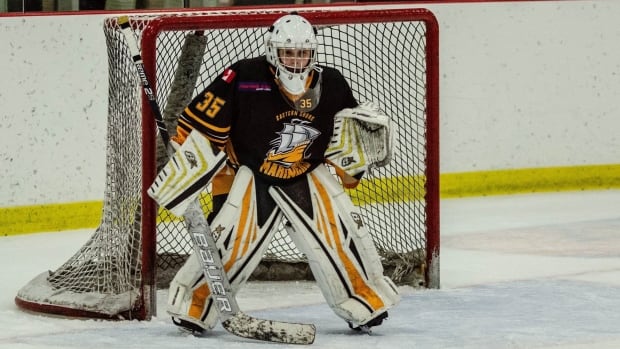 Minor hockey parents in the Halifax region now have no way to watch their sons and daughters play hockey, after the municipality said it was enforcing a rule that means games can no longer be live streamed from its arenas.

“Recording/live streaming of participants has not been permitted in municipal facilities including arenas,” said a statement released by HRM on Tuesday. “This practice has been in place for many years in order to protect the privacy of participants.”

That statement and the enforcement of the policy has drawn the ire of hockey fans desperate to watch their kids play. They have been unable to play games for large chunks of the season due to COVID-19. As of Monday, games were back on, but no spectators are allowed.

“It’s a shame that parents, family, friends and fans have been stripped of the pleasure to watch their favourite minor hockey players play hockey, even if only virtually,” hockey parent Danny Cole of Porters Lake wrote in a letter sent to Halifax Mayor Mike Savage. “The joy of watching your child compete and have fun is something relished by parents.”

In the letter, Cole is asking HRM to change its policy, or at the very least stop enforcing it, so live streaming of games can continue. The policy was never enforced before, even before Christmas when COVID restrictions were in place limiting the number of spectators in arenas for games.

‘Where’s the fairness in that?’

Cole, who has a son who plays U-13 hockey for the Eastern Shore Mariners, said that on Tuesday night rinks in East Hants and other areas of Nova Scotia were allowed to live stream games.

“Where’s the fairness in that?” he said.

His son’s team sells advertising on their live streams to raise money to pay for ice time and other costs. Now those financial arrangements made with businesses in their community aren’t being met, especially when traditional fundraising isn’t feasible due to COVID restrictions.

“HRM started enforcing this policy unilaterally without consulting with stakeholders like minor hockey, which is typically the largest user of HRM rinks,” said Cole. “In doing that they kind of set themselves up for failure. I can’t fathom what they thought the fallout was going to be.”

Liddy Wallace is also upset with games not being allowed to be live streamed. Her eight-year-old daughter, Adalyn, plays for the Metro East Inferno U-9 girls team.

“No live streaming is just sad and it’s really unfortunate it’s come to this,” said Wallace. “There are so many parents who can’t watch the games and they just sit out in their cars waiting, and it’s kind of heartbreaking they can’t at least watch the live stream on their phones.”

Wallace started a petition Tuesday morning asking for live streams to be allowed, and in 24 hours it had secured 1,200 signatures online.

The technology that allows live streaming of games on cellphones and computers has been around for a few years now. Cole points out HRM has a live stream feed set up at the Emera Oval on the Halifax Common.

Cole said the privacy argument makes no sense as live stream cameras are in the stands at games and are never inside dressing rooms. He said players would be hard to identify because they wear helmets with face masks when they are on the ice.

Hockey Nova Scotia met with HRM officials on Tuesday and are working with them to find a resolution.