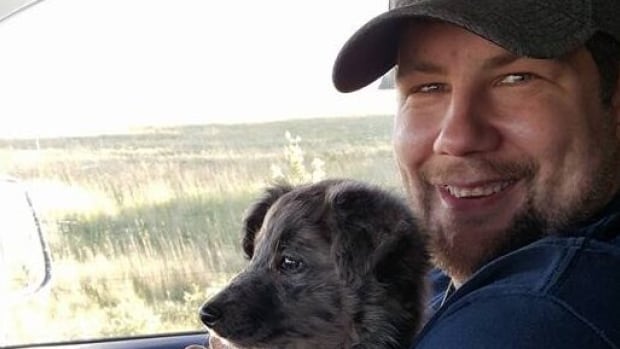 Dustin Kusch was stabbed an hour-and-a-half before a passerby discovered the injured 35-year-old, according to Calgary police, who are now looking for two men believed to have information on what’s now deemed a homicide.

On Monday afternoon, someone walking by found Kusch, injured, on the steps of a home in the northeast community of Highland Park.

Paramedics and firefighters arrived shortly after and tried to save Kusch, but he died at the scene.

Police now believe the victim was stabbed around 2 p.m., about 90 minutes before he was found by the witness.

Security cameras show two men who police believe have information related to the homicide. Investigators have released several images in the hopes the public can help identify them.

Anonymous information can be submitted through Crime Stoppers.