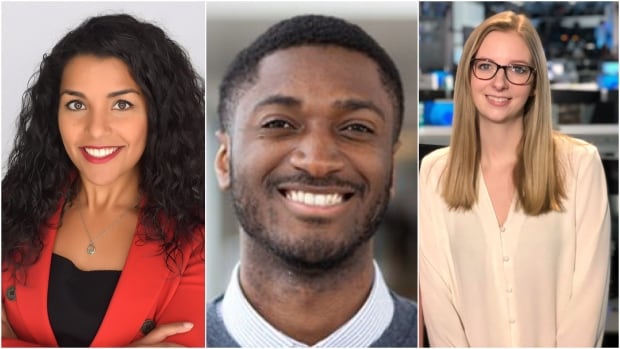 A community organizer in Halifax wants Nova Scotia’s new premier to work with the Black community to find justice for the community of Africville, pointing to the work done during the restorative inquiry into the Home for Colored Children.

Alfred Burgesson, a member of the Prime Minister’s Youth Council and founder of the Collective Action Movement, joined Sarah Dobson and Sylvia Gawad — two other politically engaged Nova Scotians — in speaking with CBC Radio’s Information Morning this week about what they hope a new government will do.

Premier Iain Rankin and 16 cabinet ministers were sworn in during a ceremony on Tuesday in Halifax. Rankin has said a priority of his government will be dismantling systemic racism.

Burgesson said he was impressed with the process Rankin’s predecessor Stephen McNeil started around the Nova Scotia Home for Colored Children, which took a different approach than a traditional inquiry.

Information Morning – NS14:01N.S. changemakers share their wishlists for the new Premier and cabinet

Hear what three young and engaged Nova Scotians had to tell us about their hopes for what the new provincial government might prioritize in the next year. 14:01

Africville was an African-Nova Scotian community expropriated and demolished by the city of Halifax in the 1960s, forcing hundreds from their homes.

It wasn’t until decades later, in 2010, the municipality formally apologized to the African-Nova Scotian families that lost their homes and their community.

Burgesson, Dobson and Gawad also want to see more diversity in cabinet after the election, and for leaders to work with immigrant communities and find innovative ways to engage with youth.

Dobson, an articled clerk at Cox & Palmer law firm, co-authored the book On Their Shoulders: The Women Who Paved the Way in Nova Scotia Politics.

She’s happy Minister Kelly Regan has been named the new deputy premier, but said there’s still something missing from cabinet.

“If you look at the picture of the new cabinet, you’ll notice it right away, lack of people of colour and lack of women,” she said, “and that’s something that really needs to be addressed and can only really be addressed in the upcoming election.”

It will be up to all political parties to bring more diverse candidates into the fold ahead of the next election, she said.

“There’s many barriers, including societal perceptions and the expectations of women in homes and in families, but in the short term, I think this is something that all the political parties really need to be thinking about,” Dobson said.

Rankin hasn’t said when the next election will happen. He told Information Morning this week that he’s “not turned my mind to that possibility” as he prepares for his first throne speech.

Gawad, the innovation and immigration manager at Placemaking 4G, has done extensive work supporting newcomers to the province.

She wants Rankin and his cabinet to implement an “Ivany Report 2.0” — referencing a plan to revitalize Nova Scotia’s economy that includes a goal of increasing immigration — that would build off the first plan and rally communities and governments to come up with a blueprint going forward.

“How can we have goals that are measurable, that are created by community for community and focused on what’s called a good social policy, which is a mix of economic growth and social well-being,” she said.

Gawad said the province’s unemployment rates have actually dropped below the national average during the pandemic. Still, she said with international immigration down due to COVID-19, the government needs to tap into the potential of immigrant communities.

The pandemic has shown the power of technology to connect people no matter where they live, she added.

“How can we utilize that lever of technology and ensure that immigrants around the province have access to services that will help them connect to their communities and thus stay in those communities, which will hopefully increase our population into Nova Scotia,” Gawad said.

Burgesson said he’ll also be looking to Rankin to keep his campaign promise of setting up a youth council that would help inform some of the government’s decisions.

“We could be launching different innovation challenges and different initiatives that will actually get young people involved,” he said.

Rankin said he’s already making good on some of his campaign promises, including hiring people from  underrepresented communities for deputy minister and senior management positions.

He also pointed to the creation of a new government office to focus on equality and systemic racism that will be able to work across departments.

Newly sworn-in Iain Rankin joins us to talk about what’s on his to-do list as Nova Scotia’s new premier and the challenges ahead. 10:51

“It’s unacceptable that we don’t have that voice at the table when we’re making major policy decisions,” he said. “We have real structural issues. Systemic racism permeates all of our departments and institutions, and that needs to change.”

Rankin said another focus of his government will be helping vulnerable Nova Scotians, which could include raising income assistance.

Implementing the Lahey report — which calls for a more sustainable approach to managing forests — within the next year is another priority, he said.