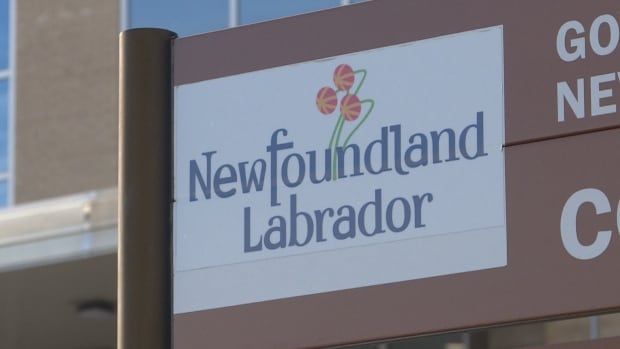 The voters will decide who will fill the 40 seats available in the House of Assembly when ballots are counted on Feb. 13 for Newfoundland and Labrador’s 51st provincial general election.

But that doesn’t mean I can’t have some fun by shining a spotlight on what I believe are five must-watch races as the mid-winter campaign heats up. The biggest challenge was narrowing down the number to just five.

Not surprisingly, two of the races commanding my attention are in Labrador, which has four seats, while the three others are spread across the island.

The outcome in these districts could play a pivotal role in whether Andrew Furey and the Liberals can shed their minority shackles and capture the majority they so desperately seek; whether the Progressive Conservatives can defy the polls and improve on the 15 seats the party won 20 months ago under Leader Ches Crosbie; and whether the New Democrats can hold and/or improve their three-seat status.

So here are my top five races to watch:

It’s hard not to start in central Labrador, where the political buzz has been heating up social media and coffee tables for months.

Ousted cabinet minister Perry Trimper, the incumbent, will be on the ballot as an Independent after resigning from the Liberal caucus amid controversy from the party two months ago, setting up a rematch from the May 2019 election with PC candidate Shannon Tobin.

What’s equally interesting is how the governing Liberals struggled so much to find a candidate, with sources telling me multiple prospects declined a request to step forward in a district that has traditionally voted with the government.

But all eyes will be on Trimper, a former Speaker of the House of Assembly who has been dogged by controversy ever since a phone message — with Trimper suggesting Innu leaders often use the “race card” — went public 16 months ago.

He faced criticism once again last fall after suggesting during a radio interview that homeless people in Happy Valley-Goose Bay were “choosing” a risky lifestyle. Trimper later apologized for the comment, but within days announced he was leaving the Liberals.

It’s rare that a politician would say otherwise, but Trimper contends his support has grown since leaving the Liberals.

The NDP will be represented by Amy Norman.

Staying in the Big Land, a notable campaign clash is also playing out in iron ore country, Labrador West.

NDP MHA Jordan Brown stirred the political pot in the last election when he knocked off incumbent Liberal Graham Letto by just two votes. Few had predicted such an outcome.

Brown is seeking re-election, though without the underdog status that allowed him to surprise Letto. He now has a profile bolstered by nearly two years in the spotlight in a district that is one of the few economic bright spots in the province.

This time, the Liberal banner is being carried by Wayne Button, the former Labrador City mayor and current interim chair of Labrador-Grenfell Health.

Button stepped down as mayor in May 2019, but did not provide an explanation for his early departure.

The race also features an attempt at a political comeback, with former PC MHA and cabinet minister Nick McGrath looking to win back a seat he lost badly in the 2015 election.

McGrath’s political career fizzled after he was caught up in the Humber Valley Paving fiasco. A stinging report by the auditor-general led to McGrath quitting as minister of transportation and works in 2014, with then premier Paul Davis saying he would have fired McGrath had he not quit.

Political watchers say McGrath remains well-liked in the district, and could benefit from a vote-splitting scenario between the Liberal and NDP candidates.

With incumbent Liberal Sherry Gambin-Walsh dogged by controversy, and having to fight off a nomination challenge in the lead-up to the election call, the Progressive Conservatives can sense an opening in this eastern Newfoundland district, and it showed in the nomination process.

Three people fought for the PC nomination, with Calvin Manning emerging as the candidate.

Gambin-Walsh entered provincial politics with a big election victory in 2015, but faced a tougher fight in 2019, with roughly 1,000 fewer votes.

Now she’s fighting for her political survival following a difficult 2020.

Former premier Dwight Ball ejected Gambin-Walsh from cabinet last April. She was later found to have breached cabinet confidentiality following an RCMP investigation that revealed she released information about promotions at the Royal Newfoundland Constabulary to a senior officer within the force.

The RCMP decided not to lay charges.

She was the lone incumbent Liberal to face a nomination challenge, but fended off Andrew Pretty to secure her place on the ballot.

Now she’s up against first-time candidate Calvin Manning, and all the political firepower that comes with the Manning name.

Manning’s brother is Senator Fabian Manning, and sources say the family is mustering all its political might in a bid to snatch the seat away from the Liberals.

Clen Whittle is the N.L. Alliance candidate, while the NDP had not declared a candidate as Wednesday morning.

There’s long been a movement to entice more women into the political arena, and those leading that charge must be happy about what they’re seeing on the Northern Peninsula.

The only problem? Someone has to lose.

After election victories in 2011, 2015 and 2019, longtime Liberal MHA Christopher Mitchelmore has left politics, and the media glare that wasn’t always kind to the former cabinet minister.

As mayor of the largest town in the district, Howell is hoping she can win what has traditionally been a traditional Liberal stronghold, but there are questions about her profile outside of St. Anthony.

Her elevation to provincial politics won’t come without a fight.

Her key opponent is PC candidate and Roddickton-Bide Arm Mayor Sheila Fitzgerald, who has gained a provincial profile as president of Municipalities Newfoundland and Labrador, and notably for quitting her job as a social worker during the last provincial election after her employer, the provincial government, refused to grant her a leave of absence in order to challenge Mitchelmore.

She was re-hired after her failed election bid.

Fitzgerald says she has once again been forced to quit her public service job in order to enter the race.

Both Howell and Fitzgerald have been strong advocates for economic development in the district following years of population decline and struggles in the fishing and logging industries.

The third candidate in the race is John McClusky, representing the NDP, but it’s almost a sure bet that the district will elect its first female MHA next month.

Another district with a strong female presence rounds out my list of five districts to watch.

Three of the four candidates in this St. John’s district, including Liberal incumbent Sarah Stoodley, are female.

Stoodley, the minister of Digital Government and Service NL, was first elected in 2019, winning a four-way contest with just under 42 per cent of the vote.

She welcomed her first child last year, and helped usher in rule changes that allowed her to bring her baby into the legislature during proceedings.

This is a race that all three traditional parties are watching closely.

The NDP candidate is Sheilagh O’Leary, deputy mayor with the City of St. John’s, while the N.L. Alliance has countered with Andrea Newbury.

The lone man in the race is PC candidate and well-known musician Damian Follett.

The NDP are hoping to re-energize party support in the district, knowing that Dale Kirby won the seat for the NDP in 2011 when it was known as St. John’s North. Kirby, later running as a Liberal, took nearly half the votes in 2015 after realignment produced the new district of Mount Scio.