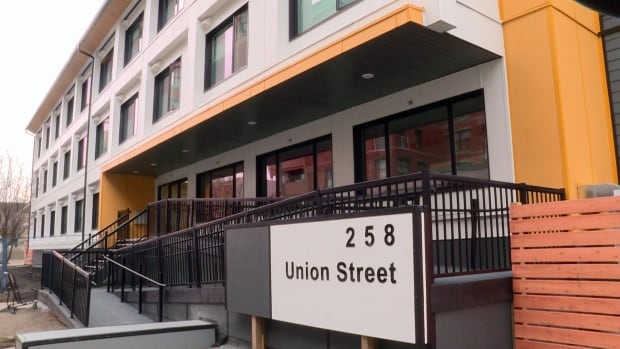 Hamilton is getting $10.8 million from the federal government to quickly build affordable housing units in the city, which one city councillor says is “welcome” but only enough to fund about 30 units.

While the money is appreciated, Ward 5 city councillor Chad Collins says the city is still holding out for more to address a growing wait list of people in need.

“We’ll take anything and everything we can get from higher levels of government, and I think we’re all very thankful that we received the funding,” he said. But the city is “still waiting for a much larger investment.”

The money comes from the federal government’s $1 billion rapid housing initiative, which gives funds to municipalities to build around 3,000 new permanent, affordable housing units across the country.

The Canada Mortgage and Housing Corporation (CMHC) will deliver the money under the national housing strategy. The city has about a year to build the units after the agreement is signed.

Hamilton hasn’t started its procurement process, but Collins said staff estimate each unit might cost around $330,000 to $340,000 to purchase and construct.

This means just over 30 units for Hamilton, he said.

“We’re in a crisis situation,” Collins said. “So 30-plus units might not seem like a lot. But those units are going to house someone and it will help us start to get at that long wait list.”

Hamilton’s wait list for affordable housing stands at 5,000 households. It’s around 6,200 when you include people waiting to transfer.

Collins anticipates the list will continue to get even longer, especially given the COVID-19 pandemic. It takes about a year to 18 months to realize the impacts of a recession, he said.

That’s why Hamilton is holding out for a larger allotment from the CMHC as part of the government’s national housing strategy. He says the city estimates that amount to be “well over $100 million.”

It also wouldn’t have as many “strings attached” as the amount received through this rapid housing initiative, he said.

The $10.8 million requires new affordable housing to be available within a calendar year of the agreement.

This rules out traditional brick and mortar projects, he said, which means the city will look at vacant buildings it owns, or more likely, modular builds.

Modular homes, said Collins, are trailers that are pieced together, transported to a location, and put together to resemble a regular apartment building. They can be built quickly, he said, and for close to half of what you would pay for a traditional apartment building.

In September, city council’s emergency and community services committee voted to look at private and public lots that could be used for modular housing.

The builds have been popular in places like Vancouver, and recently in Toronto.

Key issues for housing in Hamilton, he said, include both the construction of new units, but also renovation and repair of existing ones.

Housing units are getting older

Hamilton has aging housing stock, he said, with 7,000 units owned and operated by the city dating back to around the 1950s to 1970s.

Major components, like elevators and boilers, are starting to break down all the time, leaving the city faced with “ballooning costs.”

Hamilton received the money through the initiative’s major cities stream, which is doling out $500 million in immediate support for pre-determined municipalities. They were selected by looking at the levels of renters in severe housing need and those experiencing homelessness.

The other project stream will allow provinces, territories, municipalities, Indigenous governing bodies and organizations, and non-profit organizations to put in applications until New Year’s Eve.