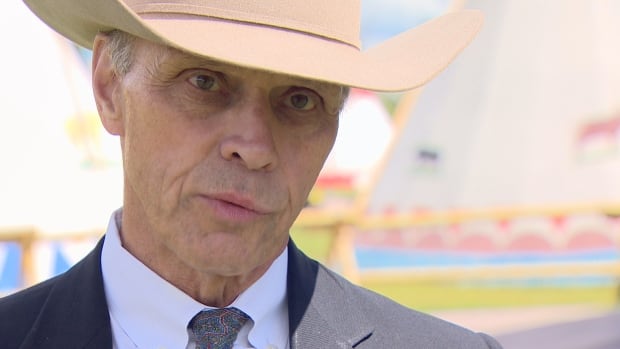 Greenpeace Canada has warned Alberta’s inquiry into alleged foreign-funded anti-energy campaigns that it will consider legal action if the inquiry’s final report contains any reference to the environmental charity.

Greenpeace is vexed because inquiry commissioner Steve Allan commissioned and publicly posted three reports in which the group is mentioned 87 times. Independent experts have excoriated the reports for being based on junk climate-denial science, bizarre conspiracy theories, and oil-industry propaganda.

In one report, Greenpeace is described as “a new breed of zealots less interested in saving Planet Earth than in destroying the capitalist system.”

Although Allan is expected to complete his final report by Jan. 31, he has yet to seek any response from Greenpeace, or other environmental groups, that had been publicly identified as targets of the inquiry.

Under the provincial inquiry act, the environmental groups have a procedural right to address any adverse findings before they are made public by the inquiry.

“They haven’t followed due process,” said Keith Stewart of Greenpeace, in an interview with CBC News related to a letter sent by the charity’s lawyer to Allan on Jan. 18.

“And if they are going to use this report as an opportunity to smear people they don’t agree with, that is not the kind of thing you should be doing in a public inquiry. And we will take appropriate measures.”

In a previous statement, Allan said the content of the reports do not reflect any findings or positions taken by the inquiry.

Allan said the inquiry did not specifically ask those reviewing the reports to comment on climate science, and he “does not consider the science of climate change to be part of his mandate.”

In an emailed statement Tuesday in response to Greenpeace’s letter, a spokesperson for Allan said only that “the inquiry will address the court matter in court.”

Greenpeace and the environmental law charity Ecojustice have said the inquiry is a politically motivated witch hunt meant to suppress discussion and valid criticism of Alberta’s energy industry, particularly the oilsands.

Ecojustice is challenging the validity of the inquiry in court. The next hearing is Feb. 11.

On Tuesday, Ecojustice spokesperson Emily Chan said it is weighing its options in relation to the reports but it so far has not attempted to add them to the court record.

“Regardless, our position is that these reports show just how off the rails the inquiry is,” Chan said. “The Kenney government should not be wasting time and money on this biased, political stunt.”

University of Calgary law professor Nigel Bankes said if Allan intends to meet the inquiry’s Jan. 31 deadline, it is already too late to ask Greenpeace to respond.

“It can’t be done at the last moment,” he said. “That would not be a fair process.”

Bankes noted the Alberta government has committed to releasing the report within 90 days of its completion. If the report is released, and it mentions Greenpeace, the charity will have a strong legal case.

“At that point, I think Greenpeace is entitled to make an application to have the report quashed on the basis that the commission has not complied with the rules of procedural fairness in conducting this inquiry,” said Bankes, who added he has never seen an inquiry conducted like this one.

Bankes said Greenpeace could make a strong argument for procedural unfairness under both the provincial inquiries act and also based on legal precedent from the late 1990s inquiries into the Westray Mine explosion and the tainted blood scandal.

Greenpeace’s Keith Stewart said the inquiry has downgraded its mandate several times because he believes Allan has been unable to find any evidence to support its improper, political purpose.

He said Allan’s public release of the “bizarre” commissioned reports, which he said spread misinformation, are further evidence of a politically motivated inquiry.

“Using a legal process like a public inquiry to politically target your enemies is the kind of thing we don’t expect to see in Canada,” he said.

“(Alberta Premier) Jason Kenney is a fierce defender of the oil industry, but he shouldn’t be using the machinery of government to try and punish people who disagree with him in political and policy debates.”