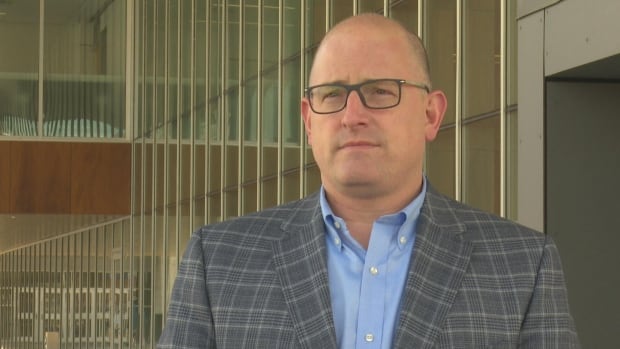 All three levels of government are pointing fingers at each other over who should fully fund an isolation and recovery centre in Windsor for migrant workers, while hundreds continue to arrive in the region.

The centre, used to isolate and recover 795 workers from COVID-19 last year, is at risk of closing by March 31 if the dispute isn’t resolved.  Even if it is funded by Ottawa, a shift in the federal department offering funds means that Windsor may be left to take on $2 million worth of uncovered costs, according to Windsor Mayor Drew Dilkens. He said it’s a bill it can’t afford.

Dilkens also says its “unfair” for city taxpayers to pick up. Since the Temporary Foreign Worker program, which brings migrant workers into the region, is a federal initiative, Dilkens said it should fall on them.

With worries of a possible third COVID-19 wave as more workers arrive, Dilkens is putting pressure on the federal government to continue to cover the full cost.

“We want to keep this going, we think it’s important, we don’t mind doing our part, but Windsor residents should not be shouldered with the burden,” he said.

On Wednesday, Windsor-Tecumseh MP Irek Kusmierczyk told CBC News that the province should actually be the one to cover the isolation centre costs.

“This funding through the emergency funding was always meant to be very short term and temporary, and provide the province with space and time to step up and stand up a long-term solution because it’s the province that’s responsible for isolation measures,” Kusmierczyk said.

“We need the province to step up with more and deliver more than zero.”

He said he wrote a letter to Premier Ford about this and asked that Windsor get added to the province’s High Priorities Community list. The province released a list of places in December that it deemed in need of extra support. At the time, Windsor was not put on the list, but was being considered.

When the migrant worker isolation centre first opened in June at a hotel in Windsor, the program was funded by Public Safety Canada, and run by the Canadian Red Cross. Now CBC News has learned that that’s not where workers are being isolated anymore, but it’s unclear where they are being housed.

In November, the federal government notified the city it would shift funding from the Public Safety department to the Public Health Agency of Canada (PHAC), and required the local officials to complete a new application form.

During the application process, Dilkens said it became clear that a 12 per cent, or $2 million, fee paid to the Red Cross to operate the centre would not be covered and the city would be on the hook.

In an emailed statement to CBC News, Ontario’s Ministry of Agriculture, Food and Rural Affairs said it’s also looking toward the federal government to cover all costs past the end of March.

A spokesperson for Canada’s health minister told CBC News in an email that an application from the City of Windsor for funding through PHAC’s Safe Voluntary Isolation Site Program is currently under review.

They said that the centre was meant as a temporary measure and that the province and city need to come up with a long-term solution. As for the Red Cross workers, the spokesperson said those staff are needed to respond to emergencies elsewhere.

All of this back and forth has Justice for Migrant Workers organizer Elizabeth Ha frustrated.

“While they’re having this big discussion about who’s going to pay for what we’re just sitting here watching these workers get sick every day,” she said.

Having the City of Windsor front the cost makes “absolutely no sense,” she said, adding that someone needs to step up and take responsibility.

“The workers are brought here because we need them to work, we are asking them to help us because they’re essential to our economy. They came here, they got sick here because somebody here passed that along to them because when they came here they weren’t sick and now that they’re sick we’re not being responsible and taking care of those workers,” said Ha, who is also a member of the Ontario Public Service Employees’ Union.